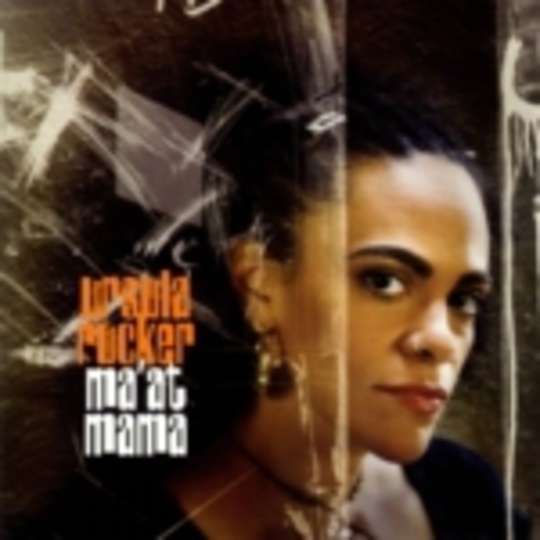 With song titles like ‘Rant (Hot In Here)’ and ‘I Ain’t (Yo’ Punk Ass Bitch)’, one look at the tracklisting for **Ursula Rucker**’s third album Ma’at Mama would probably suggest that you prepare yourself for some jive-talkin’, man-hatin’ hip-hop. Whilst what awaits you is indeed 'urban', it's a far cry from the mainstream; a fifty-five minute example of socio-political spoken word soul that draws from a host musical influences.

Rucker’s talents as a spoken-word artist are not immediately obvious. Opening track ‘Humbled’ is clumsily delivered as she pauses disjointedly at the end of every line, the jerking spoken-word vocal part offering a stark contrast to the slick, chilled, atmospheric backdrop it sets itself against. Maybe at another point in the album it might be better suited but as a starter, when Ma'at Mama has yet to get going, it’s all a bit too reminiscent of William Shatner at an amateur poetry recital. It's not necessarily that bad, just unfortunate. What you probably wouldn’t expect from Shatner though, is for the second track to be a political rant disguised as pop. An upbeat soul song showcasing Ursula Rucker’s smooth-as-silk, flowing, soulful singing voice that is rarely exhibited in her work, the appropriately titled ‘Rant’ does exactly as the name suggests, listing all the pitfalls of modern-day society from the underhand tactics of pharmaceutical companies to the fight for oil, and “sodomy, cos’ we all being fucked in the ass right now”.

Sure, that last statement may seem like the exaggerated pessimism normally associated with angsty schoolkids decked all in black, but at least the point is made. It’s hardly a shock tactic, as every reference is in here for a reason, but in terms of lyrical content Ma’at Mama contains a lot of straight talking – this is not for anyone offended by swearing or sexual references, or anyone dismissing the issues of modern life as ‘pessimistic’. By the end of ‘Rant’, Rucker has already covered poverty, gun culture, capitalism, sexism, racism, war and AIDS, and by the end of third track ‘Black Erotica’ we’ve had a blow-by-blow account of “the longest minute in cunnilingus history”, as Rucker reels off the explicit details of some sexual encounter over smooth jazz sounds and the mandatory seductive saxophone. As the album progresses, so do the topics raised: ‘Children’s Poem’ is a guide to looking after your children, to stop them being “drive-byed.. paedophiled.. murdered.. molested” and the importance of family values whilst projecting a lot of scenarios that are just too gruesome to be detailed here. ‘For Women’, meanwhile, highlights life in the ghetto. I could go on..

Although she spends most of Ma’at Mama speaking in anger, Rucker’s voice is soft, with Rucker herself staying meticulously composed. Aside from the poetic lyrical content, the tone is largely controlled by what is going on behind the lyrics; from relaxed, chilled, minimalist beats through to light jazz, or the tribal-esque drums in ‘Libations’, the music dictates the feeling. With the exception of ‘Rant’, all of the backing here is minimal – sometimes just a drumbeat, in one instance just a double-bass – and low in the mix, not detracting from nor getting in the way of Rucker’s vocal line, clearly the most important part of Ma’at Mama by a long way. Whilst not all of the material on here is memorable, it is a breath of fresh air after so many years of mainstream soul offerings from Destiny's Child and their contemporaries. There’s a lot on show here: different musical genres, social issues and a cool delivery, but Rucker also knows her limits. She doesn’t pretend to have all the answers as to how to start the revolution we are informed that we need, she just makes a point of addressing the issues.

This War Will Last Forever