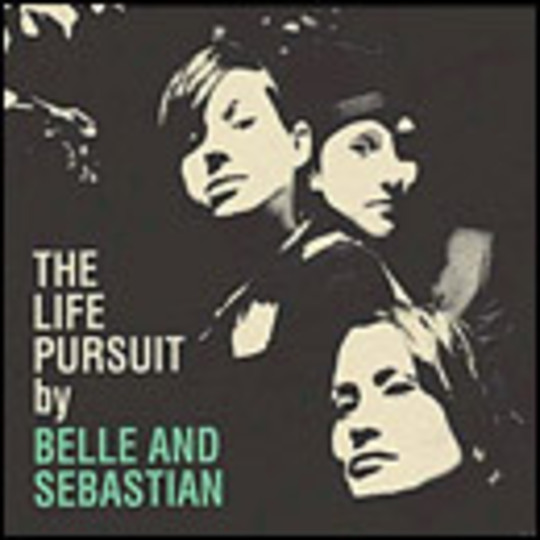 A little production magic goes a long way; at least, that appears to be the case here. For their follow up to the inconsistently great Dear Catastrophe Waitress, the perma-charming Belle And Sebastian have roped in Air and Beck producer Tony Hoffer; what’s more, they recorded The Life Pursuit under the Californian sun in Los Angeles. The results are as blindingly bright as the environment they were created in.

Take song two of thirteen here, ‘Another Sunny Day’: a jauntily twanging guitar line or isn’t so unexpected, but the mood of mischievous joviality is absolutely infectious. If ‘Legal Man’ was this band’s last perfect fusion of their much-mentioned tweeness and swinging retro-pop melodies, then The Life Pursuit is a whole new pinnacle. It’s Sixties girl groups meeting bedroom indie miserablists in perfect harmony, glam-rock stompers updated via an episode of The Mighty Boosh (‘White Collar Boy’), funk-soul brothers holed up in a Glasgow bedsit with car boot sale sythesizers and tin-can drum machines, with a copy of The Beta Band’s Three EPs spinning on the turntable (‘Song For Sunshine’). Get the picture I’m trying so terribly protractedly to paint? Nice.

The album’s highlight, though, is one of few songs that doesn’t sound like the direct product of time spent browning under foreign skies – ‘Sukie In The Graveyard’ is a Hammond-driven romp of utmost enjoyment, telling the story of an odd-one-out girl flicking Vs at smug art school attendees and mucking about in, yes, graveyards. Her adventures up attics and undoing her outer garments are brilliantly told by a bubbling Stuart Murdoch: “She’s got an A1 body,” he says, as she happily poses for the same students, or “arseholes” as the singer puts it, she earlier wiped the floor with. The following ‘We Are The Sleepyheads’ couldn’t have a more misleading title if it tried, sounding every bit like a mislaid gem from Beck’s Midnight Vultures, albeit with a slight Scottish burr intact.

Sounding somehow perfectly modern yet refreshingly and celebratory retro, The Life Pursuit is Belle And Sebastian at their freest, delightfully spilling over with great ideas and perfect pop know-how. Hardcore fans may find its disposition a little too sparkly, but any newcomers looking to listen to an album that doesn’t take itself seriously in the slightest yet is as wonderfully nourishing as the most carefully composed classical piece should pursue and purchase this immediately. Life’s for living, and right now Belle And Sebastian are having all the fun in the world and weaving all manner of magic doing just that.