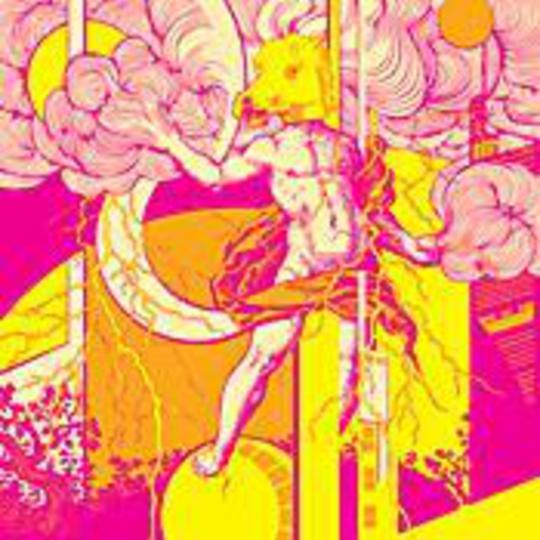 Amongst the cluttered chaos of this, xbxrx’s second full-length release following their 2000 effort Gop Ist Minee, there are flashes of brilliance: a screech fades to a heart-wrenching sigh, and ear-stinging drum beats blast themselves dry ‘til all that’s left is sparkling ammunition dust. But, mostly, it’s a riot, pure and simple.

Clearly not ones to over-egg their puddings in many an area, xbxrx rifle through 18 songs in only a few more minutes, ending Sixth In Sixes’s proceedings with the kind of fuzz-stricken squall that one would usually find between FM radio station frequencies. ‘Deaf Ears, Silent Voice’ lurches ‘til its listeners puke their insides up onto stereo displays running red with the blood of shattered front-row faces, while ‘Euphoria’ offers a twist on the standard titular feeling – it’s unlikely to lift you up where you belong, instead taking you to the curb and having you chew it while it positions a boot beside the back of your skull.

You bet: but there is sense to this insanity. Like The Locust and a slew of others, xbxrx’s frantic riffing is laced with intelligence, and the musicianship that filters its way through slabs of heavy rock is of a high quality. Vocals are barked and often indecipherable, but one gets the impression that xbxrx are genuinely saying something. Exactly what might not be clear, but the passion’s there in spades. Rusty and bloody spades. Spades sticking out the necks of the stricken.

The Line From A-B