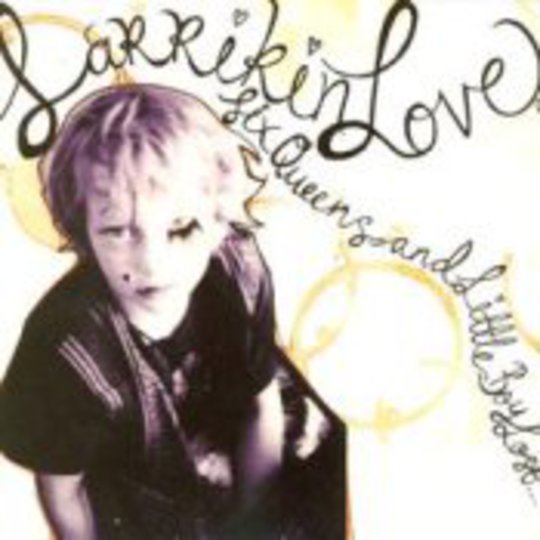 There's something of a backlash underway in London right now. The sub-Libertines tosh is being cast aside as the 'kids' begin to tap into more singer-songwriters and bands with depth; Larrikin Love are the prime example of this emergence.

'Six Queens' has enough lyrical twist to fill a Morrissey biopic and the rhythmic prowess that drives the track makes it an instant dancefloor filler for indie clubs. The swirling introduction grows to an obvious yet magnificent effloresce, whilst frontman Edward Larrikin plays the role of quixotic London poet, weaving in and out of what seems an eternal chorus. This is the sound of a band who've worked through their minefield of influences to produce something fresh and new, yet backwardly-referential in equal measure.

On the flip, 'Little Boy Lost' is more of a straight-up pop effort, held together by a simple yet effective riff and a verse-chorus arrangement that makes it the slightly more accesible of the two tracks. The band's grasp of a decent refrain is one of the most important parts of their CV as too many new bands seem to be obsessed with either obscurist miminalism or just noise with no real handle to hold.

Larrikin Love are delightful and if this single is anything to judge by, you're either going to jump on the bandwagon now, or hate them in six months time when the hype machine will inevitably be all over them. Another triumph for Young & Lost Records.