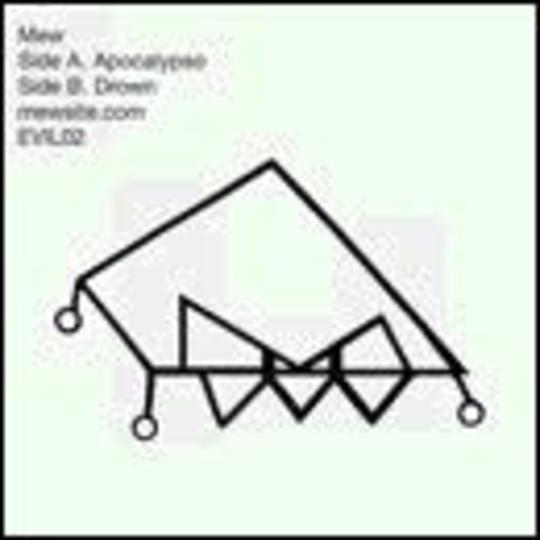 Mew have been sending their epic rumblings towards the mainstream for as long as this beer-decayed brain can recall (that'll be two or three years then), but with Frengers, 2003's much-acclaimed debut album, still riding high among indie popularity contests in magazine offices and student unions alike, this year looks likely to be the final make-or-break for the Danes.

'Apocalypso', a digital download release primarily but also available on limited-edition 7", is everything the lay person wants from a return-marking single - it gushes in all the appropriate places, triggers a million effects pedals and propels itself skyward when necessary, and ultimately occupies its five minutes with enough dignity and grace to have the listener demanding more. Jonas Bjerre only sings one way - like his clothes have caught alight and the nearest pond is blocked by a thousand indifferent faces. He needs to move them. Now.

In short, it's make not break. Or is that t'other way around? I've never known nor cared, much.