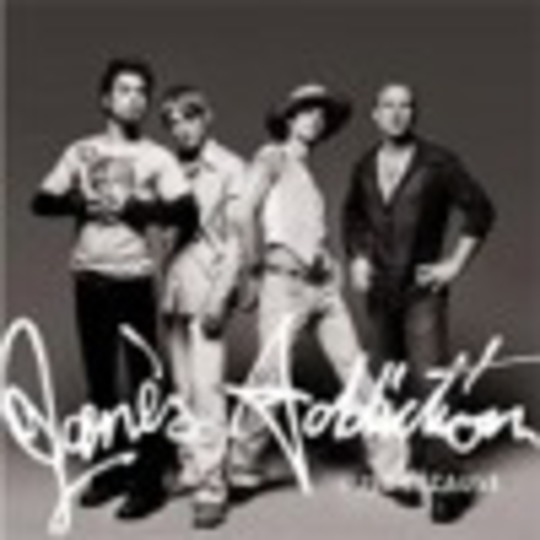 Ten years. Make it sound like zero. This was the mission *Jane’s Addiction *had in hand when they reformed last year: recapture the unwieldy spirit of the years of yore. The infinite idiosyncrasies, 4-minute-brewed with the jazzed up heavy rock that decisively sliced through the music world with that remarkable air of dissimilarity, needed reasserting. It was a fresh breath then and in their wake nobody has dared taking a crack at seizing their feathered crown.

Having seen his musical foil and rock yang Dave Navarro brazenly sidle up to the Chili Peppers in the 90s, the awkwardness of the second coming should always be apparent. And like any relationship, it’s never quite as good or nearly as satisfying when you go back for more. How was Perry Farrell to combat this though? Do they just carry on where they left off, brushing all the problems to the hearth? Or do they address their woes and decide that a new direction is entirely healthy for all involved? Quietly ignore your strife of course! The tension can only help your creative misguidance.

The painfully screwball tendencies of the entire band spill out through ‘Just Because’ in a glut of misdemeanour so expected from a group so darn cheeky as Jane’s. While the rhythm isn’t as thunderous as oft found in a heavy rock band, do not make the mistake in judging them as sun-bleached and withered over time. The crux of the style is still glaring at you in brightly-framed shades - Farrell’s pleading vocals squealed over Navarro’s crisply dramatic guitars, as if there was never a moment apart. It almost makes you believe in true love; in soulmates.

Nothing has ever come close to matching this.

This is no one-off reunion.

This is just the next step.