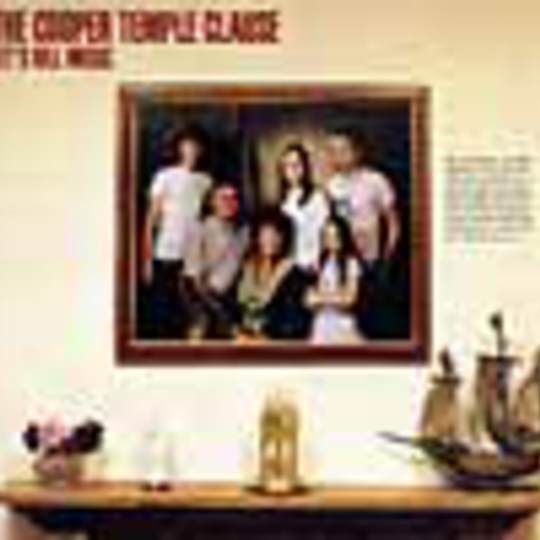 Even if you haven’t already heard this Radio 1 play-listed tune from Reading’s much-talked about up and coming youngsters, you should be able to guess from the title that this is not quite the ‘nu-acoustic’ middle of the road song we’ve become all to familiar with. Fast, furious and filthy MC5-esque guitars and unusual effects, this has been, for many fans, the highlight of the bands live sets for months now, and its not hard to see why that’s the case, even if it doesn’t quite lend itself to the studio as well as on stage. Cos' boy can these make a noise.

This the first unlimited release from The Cooper Temple Clause, following on from the massively impressive set of releases the ‘Hardware EP’ and the ‘Warfare EP’, and the lead track follows its predecessors in the loud, angry and punky mode. Although not a fantastic jaw-dropping release its more of a taster for what is to come from Britain’s most exciting bands. It’s all too refreshing to hear a band who can make noise without having the urge to rap and shriek throughout, in order to guarantee any attention.

“We dare you to mean a single word you say” is perhaps a dig at the many Buckley influenced bands who try the old emotional vocals and lyrics whilst selling bucket-loads of records in the mean time. TCTC are more focused on creating new, and more importantly, exciting music. “Feel free if you can to try and change your mind”. Oh we have.

Save Ferris, Lightyear, Jesse James at Upstairs at the Garage, Islington, Sat 08 Sep