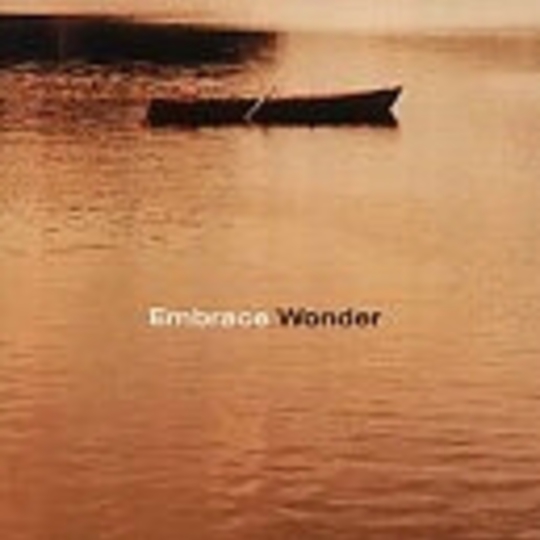 I used to fucking hate Embrace. Didn't you? All that out of tune warbling from Danny McNamara. The stupid boasts about them being the best band in the Universe. The Kazoos. All of it added up to an overrated, immensely dislikeable band, who made pretentious, overblown Northern "anthems" for drunk students who missed Oasis when they were good and were trying to make up for it by pretending that Embrace were anything more than average. What's going on here then?

Suddenly, out of nowhere, comes 'Wonder'. A record of such stunning beauty, such heartfelt sentiment, such pathos, that tears at Embrace gigs might become the norm. Why have Embrace suddenly produced such an awe-inspiring record? Have they realised that the hype that surrounded them deserved a record as good as this? Have they bought a book called "How To Write a Bona-Fida Anthem"?? Cos that what this song is. An Anthem.

It's a put an arm round your best mate, kiss your boyfriend/girlfriend (or both), shut your eyes and breathe in kinda record. It's just hair standing up on back of neck stuff. The building chorus, the strings, the line 'If I cry out in pain, I'll feel more afraid', this is special stuff. This isn't a hack it out for the record company job, like all of 'The Good Will Out' and about half of 'Drawn From Memory', it's a piece of genuine, exquisite song writing.

While we've been looking at Nu-Metal, NAM, The Strokes, The White Stripes and all the other NME-endorsed hyped up waste, we've all forgotten about Embrace. On this evidence, it's done them the power of good.