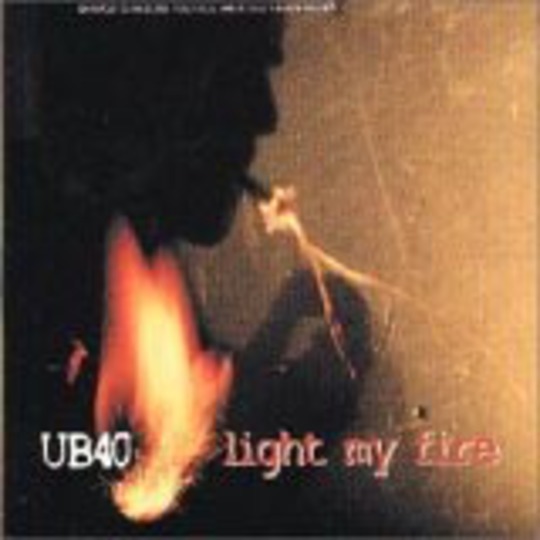 OK, here is how modern civilisation starts to decline. We let has been bastards like this remake a classic song by a band of such greatness, that even now, they are cutting edge.

I speak, of course, of the white reggae rejects, UB40, doing a cover of The Doors 'Light My Fire'. How was this travesty allowed to happen? Such a butchering allowed on a world full of enough trash as it is.... the worst thing is, that it makes Mike Flowers cover of this song sound OK.

It is like every other UB40 song ever.... slow, painful and DULL!!!!!! Yet again, the vocals of Ali Campbell, who has been singing shite since 1978, sounds as dull and un-inspired as a wet weekend at Margate. Red, Red Wine, I Got You Babe (another cover they maimed), just some of the examples of how low this bunch of 'Jamaican influenced' veterans go......

The thing that worries me most, is that as far as I can remember, the rights to perform this song belong to former Doors member, Robbie Kreiger. What that means is he said it was OK for this to happen... I never thought I would see the day.... and now I have, I am crest fallen. The Lizard King, god rest his soul, would have never let this happen.... I am sure of it. I hope that if anything good can come from this, that people will remember how great the Doors are, were, and always will be. Maybe then, travesties like this will stop Jim Morrison turning in his grave.

Queens of The Stone Age at Astoria, London, Thu 23 Nov