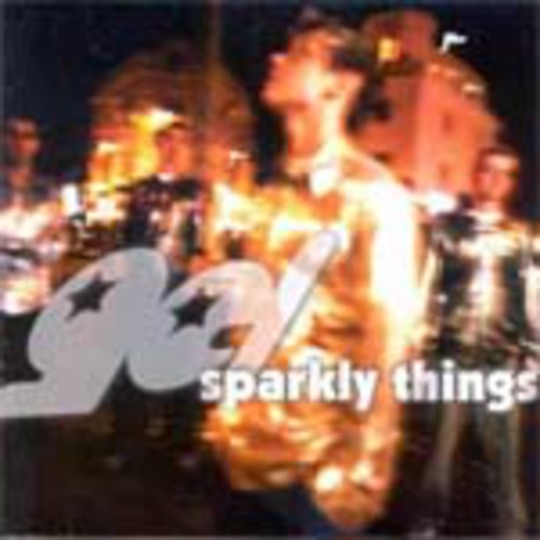 It’s not big, it’s not clever, but it certainly is fun!

In 2000 punk pop quartet Gel record their debut album. Months later they split up, but after much wrangling, 'Sparkly Things' is released and hidden amongst the records, forgotten about by most people, because it’s no longer cool to smile. Frowning is in.

All 35minutes of this album are packed with 3 minute, 3 chord; classics about lazy summer days, falling in love and most importantly an obsession with Micromachines. The sort of stuff to jump up and down to, run down the road, screaming and shouting with your best friends with alco-pops in your hands, "_YEAHHHH BOP BOP BAA!_" (shit I’m feeling old!)

'Oceans', is the only Gel ballad (though with a horror movie intro); however; it's about dancing and sawdust. The other loved up songs are happy, smiley and about running down the streets with your partner; like Gel’s last ever single 'Blue Lagoon'.

'Ice-cream Man' is about eating ice cream sandwiches by the sea, while 'Micromachine Dreams' starts off sounding like the soundtrack to an 80's kids programme then turns into a track about dreaming about toys you wanted as a kid. 'Gel Allstarz (you dress too smart!)' and '_Sunshine (Baby, I want you…)_', despite sounding like they’re going to burst into ska punk at any moment, turn out to be the best songs on the album.

The only let down is 'Rosie & Jim', the original single sounds a lot more polished than the album version which sounds like it’s sung through a muffler.

If you are into guitar music this is THE album to get ready to for a night out…you’ll find yourself bouncing up and down, smiling and dreaming about your carefree youth, wishing you’d never grown up!