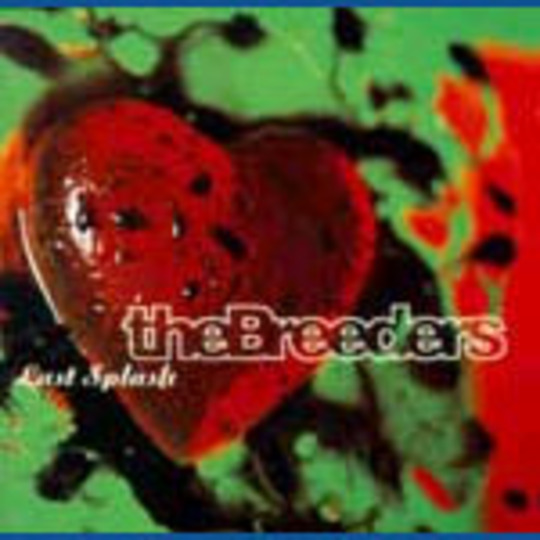 What were you doing in the summer of 1993? Chances are you weren't doing what I was doing (getting ready for junior school) but I'm sure what you did was soundtracked by The Breeders' uber-hit 'Cannonball', which took the world by storm. The album it was taken from, 'Last Splash', was a mix of pure pop, Hawaiian surf music and pointless instrumentals, and the band's first album with the new line up, featuring Kelly Deal - Kim's twin sister - on guitar, although she could barely play a note.

The sad thing about 'Last Splash' is that it sticks to a formula of slow/fast, quiet/loud, as demonstrated by the first track 'New Year'. Then, just when you think you've wasted your money, 'Cannonball' knocks you out. You can always tell a good track by the intro, and this song is no exception with it's mic-gnawing "Awoooooooo, Awoooooooo"_s, but it soon breaks into punkpop mayhem. This song is quite possibly one of the best pop songs of the nineties.

Then come 'Invisible Man' and 'No Aloha'. The former sounds like My Bloody Valentine, produced by Phil Spector, while 'No Aloha' is the Hawaiian surf song I told you about earlier. The other best tracks are the slithering 'Do You Love Me Now?', the Blondie-esque punk of 'I Just Wanna Get Along'; singles 'Divine Hammer' and 'Saints', which are pure innuendo-filled pop, but not as good as 'Cannonball'; and the country and western epic that is 'Drivin' On 9'.

The trouble is, there are as many bad tracks as there are good ones. 'RoI' or 'Raw' (depending on where you read it) is bad enough, a pointless, formless 5 minute jam, but do we really need a reprise? 'Mad Lucas' is a quiet dirge, whilst the pointless instrumentals 'Flipside' and 'S.O.S.' are only redeemed by the fact that The Prodigy sampled the latter in 'Firestarter'.