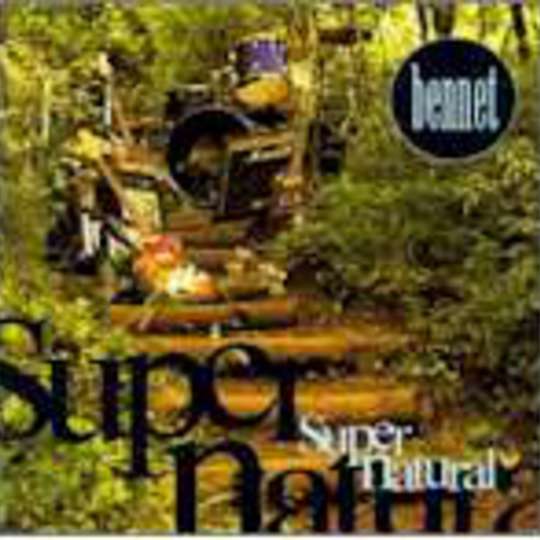 Ever turned on the radio, or borrowed a CD or heard a song somewhere and thought "That song describes me to a tee!" It has happened to the best of us hasn't it? Now, imagine if there was a band who could reproduce that feeling for over half an album... you have just hit upon Bennet.

From the opening strains of 'Norway Wife' something feels dark.... strangely dark for an 'indie' band famous for one song about the joys of shopping at a certain famous freezer store.

'If You Met Me...' is the first song to touch a nerve with this reviewer. Starting with a fairground-esque sound and going into a song that could be passed as Feeder or Sleeper or any of the bands that fill this genre and the opening line of 'If you meet me, then you'd like me, and if you like me, but you can't love me, then you must let those feelings show.'

The difference between Bennet and all the others though is the lyrical genius of the band. It is simple, clear, well structured and straight to the point... no reading into the lyrics favoured by so many of today's bands and in this way, the band are comparable to Weezer. In fact, imagine Weezer singing over Blur songs... that is almost Bennet. There is no need to be cryptic.... if you have talent, why hide behind an unnecessary facade or mystique?

Next song 'Curly Shirly' is a song dealing with how you deal with a lover who has low self esteem and 'Jordan Bennet' is a right little rocker about your partner ending a relationship on their own yet still expecting you to take them back, emphasised by the lyrics of Jonny Peer 'You stepped on my Jordan's one too many times. It took a year and a half of psychiatry, to get me feeling fine.' Another song close to my own heart.

'Cha Cha Charlie' has a Blur kinda feel to it... hinting towards songs like 'Sunday Sunday' and that 'unique' sound. 'I Hate My Family' is self explanatory but it is from the next song onwards, the album comes into it's own....

'Wanker' is about the kind of person we all know... the philanderer. It is one of my own personal hates, so this struck a nerve with me as it is so accurate and makes you realise there are others who feel the same. From the opening lyrics of 'You are such a beautiful man, I wish I was half as perfick as you. She should think herself a lucky girl to have you to go out with and fuck her too!'. And the more you hear of the person in this song, the stronger the image. He wears 'Smart but casual clothes',drives a 'Ford Cortina' and eyes up 'under age girls'... the kind of person I would personally love to eradicate.

'Colossal Man' about a day dreamer and his own perception of himself and 'Young, Free & Sorry' about a cash-strapped stripper are class songs in their own right. The music of 'Colossal Man' fits the lyrics perfectly in an almost dreamy kind of way... the guitar riff being sporadic instead of consistent and the drums doing likewise. 'Young, Free & Sorry' is a completely different state altogether. A lovely sound over one of the saddest stories you have ever heard... you feel genuine pity for Sandra (the aforementioned stripper) and her circumstances.

'Sandman' is almost laughable if it wasn't true. A person trying to explain, to themselves more then anyone, why he is unfaithful yet loves his girlfriend and feels guilt.

Then.... it's THAT song. The one that got the band some recognition, put them on compilation tapes and the only song the band are known for. 'Mum's Gone To Iceland' has a serious view but portrayed in a sarcastic way. Dealing with an issue like the financial pressures of today's society would be dismissed as a song for U2 or REM but Bennet done themselves justice, and, on the view of things, at least this way they will be remembered fondly by some of us rather then forgotten.

Remember what I was saying earlier? About a song written for you? I have no doubt that this is mine... 'Someone Always Gets There First' is just like it says on the tin... when you think that you have found that someone... and they are already taken... 'Sometimes when I talk to you, I don't know what to say. If I said what I wanted to you'd probably throw up anyway'. A sad state of affairs when you consider this to be one of the few songs you associate with, but so is life.

Then the humour is back again. 'Mockney Rebel' sung by band drummer Kevin Moorey is just that.... Cockney Rebel being parodied at there finest... and most laughable.

'Kiss The Radio' sounds like Weezer's 'Only In Dreams' before being crossed with 'All Around The World' by Oasis towards the end. The strings, although only slightly audible, make all the difference in this song. I think this song is open to interpretation... my own view is that it is a conversation over the stages of a relationship... when you are serious about your future and towards the end when you want to know if everything is like it feels.

'Never Ending Blue' has a Divine Comedy 'Songs About Love' (the theme song to Father Ted for the none 'Comedy' fan) feel in that it is a sweet almost acoustic piece. Yet again, I will leave you to decide what this is about when you hear it... I just admire it is a piece of music.

Then, you have a public service announcement telling you tat the secret track is coming. 15 minutes later, it does. An almost Elvis/Roy Orbison song about going to a dance that sounds like it is jumping on a 7" vinyl.

In a genre filled with so many pretenders to the throne, it is a shame that this band shone for only 1 song in the spotlight of the media. If only musical tastes weren't so fickle and musical hierarchy weren't all pledged towards the making of 'real musical talent'..... found on a TV show or pre-manufactured self-cantered shite... but, in the words of Weezer 'Only In Dreams......'