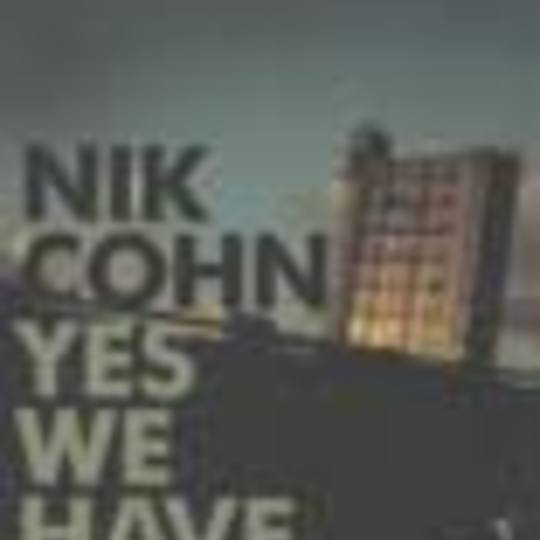 Nik Cohn wrote Ball the Wall, the short story that inspired 'Saturday Night Fever', as well as penning 'Awopbopaloobopalopbamboom', one of the first serious attempts at rock’n’roll journalism. Neither of these provide much indication as to what this book is like. Yes We Have No is a travelogue around the social margins of fin de siecle Britain. The journey starts and ends in the tower blocks of Kings Cross, and visits those who make England what it really is - the outsiders, the rebels, and the ordinary people with extraordinary stories. *Cohn *talks of the Republic, a place beyond mainstream society populated by teddy boy Christians, karaoke kings, drag queens and Hell’s Angels. The book presents a picture of British life as far removed from the archetypes of Rule Britannia (or for that matter, Cool Britannia) as you could find.

The inspiration for Cohn’s journey was simple. He recounted England in the 60s, and noted that beyond the bohemian confines of the capital, is was ‘a nation of sensible shoes’. It’s citizens were more likely to be watching Dixon of Dock Green than the Velvet Underground, and Cohn longed to reconcile the English Way of Life with the fragmented, disparate country he knew to be out there. The people he encountered invited him into their lives, and his writing is marked by an understated sense of humour and razor-sharp attention to detail. The author has been criticised for the flimsy premise of the Republic, but he does not claim that it is anything but a convenient label for a nebulous group of misfits. *Yes We Have No *says more about England than a hundred Sunday supplement state-of-the-nation pieces, and Cohn effortlessly captures the mood of a country suffering a continual identity crisis.