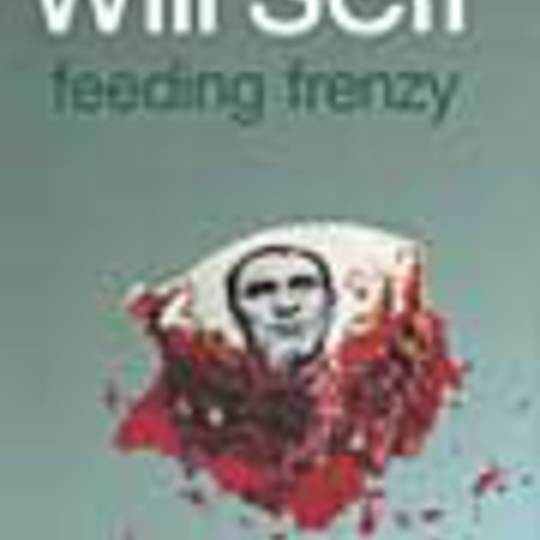 Within the first few pages of Feeding Frenzy, Will Self's latest serving of collected writings collated between 1995-2000, he remarks that "pop ate itself a decade ago – and for the last half-decade we’ve been merely listening to it burp". A strange remark to make near the beginning of this particular voluminous helping of assembled ponderings which include visits to trendy London art galleries, restaurant reviews, musings on the release of an Oasis album, various insights into the world of architecture, a video treatment for Massive Attack, and an interview with iconic eighties idol Morrisey.

Admittedly, all of these ingredients are heftily swathed within the idioms and intricacies that only *Self *could create – often a restaurant review will contain a single paragraph in regard to what the food was actually like, and the rest of the piece is a combination of Self’s bizarre fantasies and surreal observations. For example, one particular restaurant review involves his wife (or ‘Significant Other’, as he seems to prefer) trying to describe various details of the restaurant whilst under the influence of LSD, whilst Self provides the interpretation (it must be said though that it’s difficult to pinpoint the apocryphal from the real detail within Self’s anecdotes).

However, there is a faint narcissism that underlies some of the articles – one such item, entitled 'Some Bastards Stolen My Face-Off: Remarks on the Sony XR-C500ORDS MD/CD Changer Control, as against the Sony XR-C550ORDS MD/CD Changer Control' describes his loss of in car stereo system, and frustration in replacing it with a more retro-looking fascia. According to the note that accompanies the article, this particular piece was privately commission, which begs the question: why? And what exactly was the commission? Surely they didn’t request Self to write one of the most pointless and fatuous items created within the last five-year period? Perhaps this could just be my personal interpretation of the piece; perhaps, deeply buried in those 1000 or so words there’s a scathing commentary on the state of the art, but to paraphrase Will, it’s part of his job to be misunderstood.

Self is possibly one of the most important writers of the era, and although in the main he manages to retain a high level of quality within Feeding Frenzy, he does seem to be on the verge of becoming too self-important, as if every written word and every utterance that he creates needs to be preserved for posterity which, as with any writer, is not always the case. Don't let this put you off though - Will is one of the most creative writers of this generation (and is now appearing in Shooting Stars, for some obscure reason).