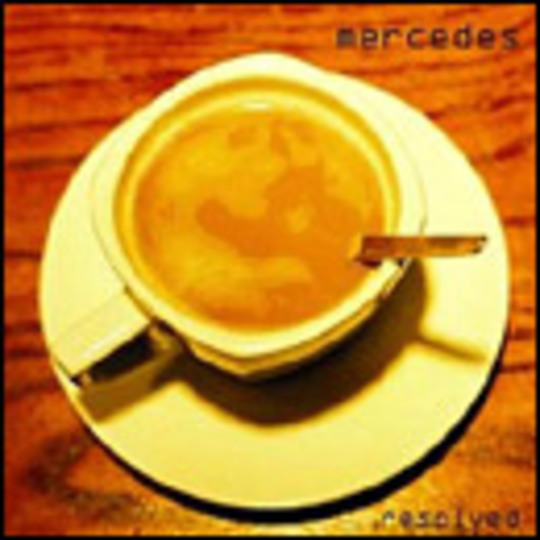 Mercedes' Sharon Pinchen has the kind of voice that immediately evokes the sublimely ornate, yet it's a humble Hartlepool soul that lends their dreamy, atmospheric sound a unique charm. Their debut album 'Resolved' throws up numerous slow-building gems taken to perilous heights by her effortless falsetto, floated on a slow-sea of guitar and string melancholy.

Although by no means a benchmark, 'Daydream' is a reminder of days when the output of former tour partners Coldplay had a kind of rooted charm, unhindered by their singer's burgeoning celebrity persona. The most accessible tracks here follow a similar template of honest emotion, subtly underplaying a scope of dramatic ambition. 'Here I Am' is a wistful meander through loneliness, elevated to melodic richness by the ebbing interplay of drums and guitar, Pinchen's lyrical melancholy elegantly portraying psychological wasteland. 'On a Theme', however, epitomises a duality that elevates the album to a different level, a thrilling steal emerging in her voice to stride the growing flow of guitars.

As if fighting a running battle with her band's tendencies, Pinchen mixes a vocal tenderness with adrenaline effusions throughout to ride the heavier soundscapes to their maximum end, her lyrical edge eloquently illuminating the highly-strung drama. On the few occasions when she is restrained in the sheer density of sound, always apparent is a depth of songwriting and emotional content that suggests a complex creative talent. Rarely straying from the subtle side of epic, 'Resolved' leaves a sprawling mark.

Nobody Dreams About Me

The Dangermen Sessions Volume One