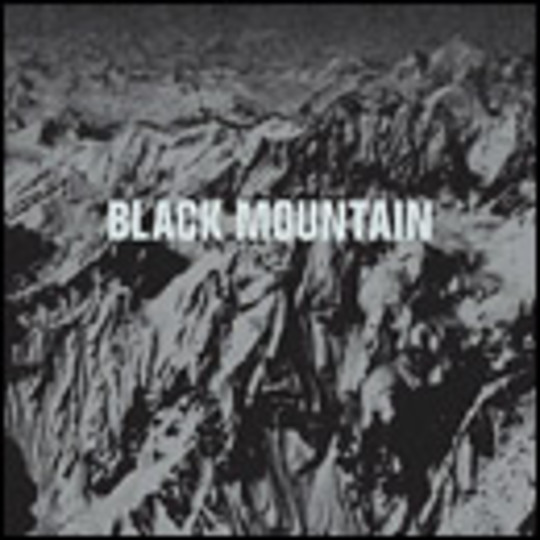 No doubt this group played at Altamont, no doubt their Frisco happenings had swirling bill-posters designed by Stanley Mouse. No doubt they hitched a ride on the Merry Prankster’s bus and no doubt they all lived in a fruitarian commune in Nevada often frequented by Charlie Manson himself. Anyway, this is my guess after listening to the first couple of cuts before my rickety iPod suddenly ran out of juice.

Recharged and back in business after mugging up on the Jagjaguwar web-space, it transpires that Black Mountain live in Vancouver in the modern day and four of the five members are mental health care workers. Good fellows all, then. Furthermore, they evolved from the Black Mountain Army, a collective of local friends and neighbours built around art and music (not unlike Canadian comrades Godspeed).

(An aside - collectives, it seems, are mostly connected by art and music and seldom by say course fishing and darts (but just imagine the racket they could create with the right producer)).

So the freewheeling sophistication of Black Mountain was fused in the jamming of kindred spirits post a hard day on the wards. It is an album of light - numerical opener ‘Modern Music’ starts with a rude sax parp, and ‘No Satisfaction’ has a pleasant gusty chug. Of dark - there’s a Sabbath riff round every corner, especially pleasing on ‘Druganaut’ and _‘Don’t Run our Hearts Around’_. And of melancholy - singer Amber Webber has one of those loose druggy voices that sound like all hope is lost (‘Heart of Snow’), but she also battles hard when those riffs get up steam. Add in a lazy melodic undertow, thanks to the soporific tones of Stephen McBeam, and this is a heavy piece of work.

Less dour than The Arcade Fire and more metal than **The Dears**, Black Mountain may well be lumped in the same vaudeville Canadiana basket following their upcoming support slots for Coldplay in the States. There is certainly a connection of eclectic intent here but, more importantly, Canada is proving to have the most fertile soil when it comes to intriguing bands making darkly cool music.

But the original tuned in Frisco pretense stands. This is sixties stoner rock and tonight brothers and sisters Black Mountain are third on the bill behind Big Brother and the Holding Company and the Jefferson Airplane at the Avalon Ballroom Benefit for Vietnam. Dig it.