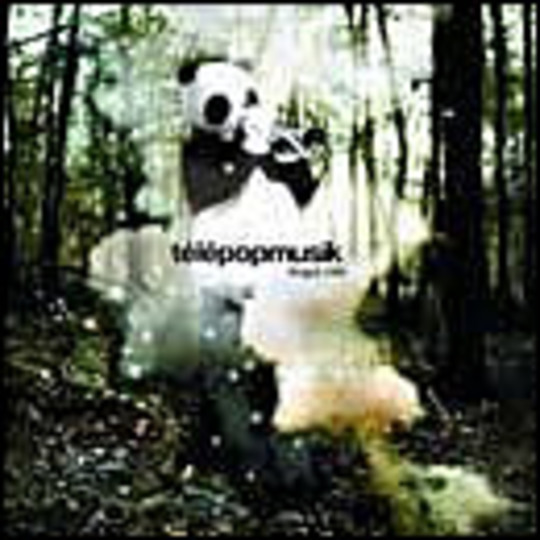 Angel Milk is an exercise in the fine art of background music. A dextrous display of emotive musical atmospherics, not quite ambient, but not quite a set of songs.

‘Don’t Look Back’ sets the tone with Angela McCluskey’s smoked-in voice fluttering through strings swells, bass swoops and crackling, bubbling, broken-up electronica before dissolving back into the ether. Like ‘Into Everything’ it floats down the course of just-fucked-up-enough-to-be-credible chillout pop, sharing that, and the album’s jazzy overtones with Chungking**.

But Telepopmusik are more restlessly fluid. On ‘Anyway’ and ‘Tuesday’ they borrow impressionistically from Tahiti 80’s twinkly tremolo world, before morphing on ‘Love Almighty’ through tearjerker Hollywood strings to Count Basie swing, like the musical equivalent of some kind of computer generated shape-changing mutant cyber-baddie thing. Or like Morph.

For all the sonic acrobatics though, it’s a record that feels like it’s missing something vital. It might be a bit of heart.