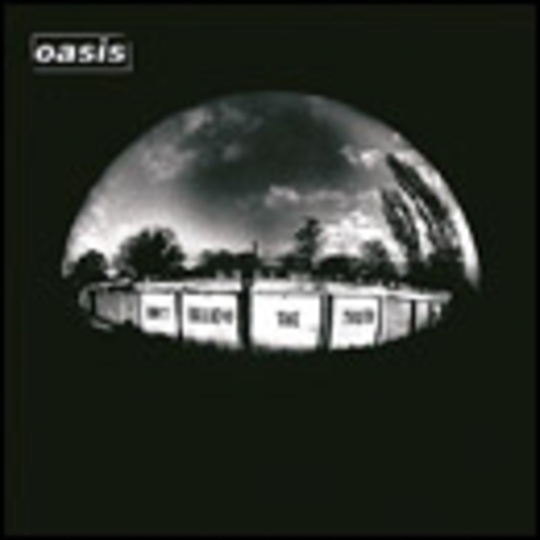 Fact: Oasis** have not made a good record for almost ten years. TEN YEARS. That's a very long time to be mediocre.

Fact: Oasis will never again make a great record. Why? Because, quite simply, they're not good enough. Lazy, disinterested, musically retroactive and professionally bankrupt.

Fact: 'Don't Believe The Truth_' is a big stinking pile of rubbish.

Audio mediocrity wafts out of the stereo from the start; 'Turn Up The Sun' is a terrible dirge, while 'Mucky Fingers' is a ridiculous pastiche of the Velvet Underground that gets its name all mixed up - a Rolling Stones homaging title but a Lou Reed-ripping song. 'Lyla' we've all heard and ignored, whilst 'Love Like A Bomb' is one of those cringing Liam Gallagher efforts that proves why he should stick to croaking rather than composing sickly acoustic ballads; "Yer love's like a bomb / yer blowing my mind / yer turning me on." Honestly. Another Liam composition, Acoustic rocker (really) 'The Meaning Of Soul' is much better, but in the world of Oasis anthems, it ranks a little under halfway. His final effort, the barefaced Kinks steal of 'Guess God Thinks Im Abel' oozes sterility as does the humdrum take on 'regular life' that is 'Part Of The Queue_', which is another Kinks-ian world view married to thrashed acoustics ala Oasis b-sides circa 1994.

Those of you worried that Noel Gallagher only offers less than half the songs; don't worry - his contributions are amongst the worst. On top of the aforementioned 'Lyla', 'Part Of The Queue' and 'Mucky Fingers', there's the benign 'Importance Of Being Idle' and album closer, the typically overwrought 'Let There Be Love' a psuedo-blustery anthem which attempts to be understated but merely succeeds in sounding shallow and thin.

Oddly, it's Andy Bell** (he of Hurricane #1, don't forget) who offers one of the better songs; 'Keep The Dream Alive_' is the sort of towering stadium crooner that they should be able to knock off in their sleep after all these years but don't seem able to anymore. That's not to say that it's particularly good, please note. Possibly, it's best not to mention Gem's effort.

Go to your outdoor shindigs, hear the hits, have fun. Just don't pretend to yourself that Oasis are moving foward. There's nothing wrong with staying afloat if that's the best that you can do. And that is the best that Oasis can do.