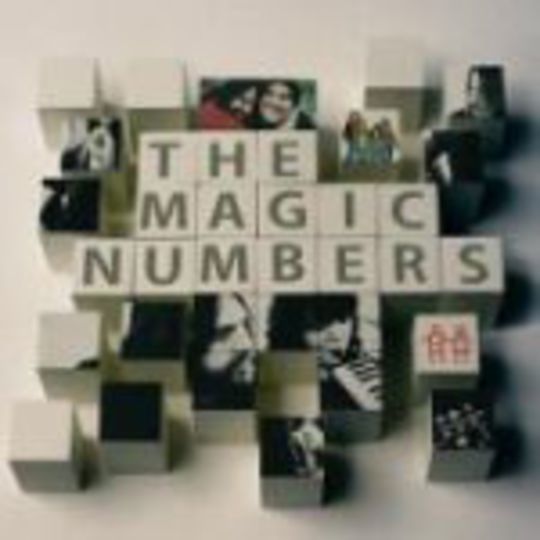 “I feel that we’ve made a real, classic debut album” – Romeo Stodart (Lead Singer/Guitarist) May 2005

When The Band holed up in the basement studio of their Catskills country home it’s safe to say they were not listening to the ream of Psychedelia weaving its way through the charts that summer (of love™). 13th Floor Elevators and Arthur Brown’s combustible headwear couldn’t have been further from their minds – they were concentrating on writing their own songs. Steeped in their country’s heritage, the songs they produced were seemingly born in a different time, a time when the land and the harvest were the foundation of people’s lives.

Now in London, almost four decades later, we are introduced to a neat, family-led gang of musicians who have produced an album driven by a longing for happiness and love rather than healthy crops. The Magic Numbers’ eponymous debut has the charming, countrified soul of ‘The Band’, kick-started by some killer pop melodies and top-class vocal ingenuity. And, immediately, this is where The ‘Numbers, for all their looking back, become less alien to 2005 than you might think. If current Brit Pack leaders Kaiser Chiefs and Bloc Party have been heading down the road of success in a slick, pimped up Hummer, Michelle, Sean, Angela, and Romeo (cartoon order) are poised neatly on their wing, sitting in the back of a dust cart with an acoustic in hand, listening to The Staple Singers seep from the radio.

Having been soaked in hyperbole by critics and fans alike, as well as being branded tubby hippies by those who still think anyone with extensive facial fur a ‘hippy’, on the surface The Magic Numbers’ rise has seemed extremely swift, yet the band and their songs have been bubbling into shape for quite sometime. Cut in the slightly less mystical surroundings of Chiswick, this record chimes with a resonating sense of patience and care. If you’ve been lucky enough to witness one of the band’s live shows, you’ll already know many of the details and, perhaps more tellingly, the majority of these songs. ‘The Mule’ and ‘Long Legs’ (two stop-start, rising hoedowns that’ll bring out the yearning truck driving guy/gal in you), and usual set closer/album opener ‘Mornings Eleven’, are cohesive mishmashes of slow-burning melody and damn fine harmonic fun. Gram Parsons and Emmylou Harris might have to finally take a back seat. It is all about the tunes with this band, and it is your writer’s utmost pleasure to report that on this, their first self-produced long player, they ring with all the passion, sincerity and hope that has made their gigs legendary. Making it all happen is an adorable Wookie (beard number one) playing a semi-acoustic. He writes the songs, co-produced the record and will melt your face with the tone and delivery of his warming, longing lyrics. He is backed by the Numbers’ rhythm section, consisting of a steady-on-the-backbeat drummer (beard two) and the frontman’s sister (magic sister one) who plays bass like John Paul Jones grooving through Holland & Dozier’s songbook. The finishing touches are supplied by the sweet, floating vocals (check the tear-jerking flourishes that pepper ‘I See You, You See Me’) of the cute young-un (magic sister two). This is, of course, very much a family affair. Yet, unlike the inexorable bond that locks this band together, there is much variation in their music. Sidle the beautiful and bounding ‘Love Me Like You’ (a mooted second single) up against the delicate soul of ‘Which Way To Happy’ and the egoless, effortless ‘Try’ and you have a satisfyingly dynamic mix of ups and downs, joy and heartbreak, pop and hillbilly soul. The evidence for this cannot be heard any more clearly than on real Pop n’ Soul gem, ‘Love Is A Game’. Surely a future chart hit and already described by one N. Gallagher as “a Motown classic”, it is – and damn the man for getting there first – just that. William Bell’s soul standard ‘I Forgot To Be Your Lover’ is a glowing reference point. Syncopated chops and changes are rife, and riding emotionally over the top there is Such. A. Melody. Couple this delight with the flawless, hopeful harmonies of the Todd Rundgren influenced ‘Don’t Give Up The Fight’, and you have a record that will endure beyond this year, this decade and the rest. And for those who didn’t manage to get their hands on the band’s debut 7” last year, you’ll be very pleased to find a certain ecclesiastical favourite tagged on at the end.

Of course, it will not be to everyone’s taste. For those who prefer their vocals razor sharp and their guitars bludgeoning, this will be something of a placid affair that’ll do little more than act as a reminder to continue to steer clear of Radio 2. But it would still take the hardest of hearts not to flutter at least once during a spin through this album. Like the building blocks that make up the sleeve, the band have put this record together with care and attention. In true happy style, they’ve got it just right. ’The Magic Numbers’ … a classic record? I hate it when the band are right.

Damon & Naomi at Downstairs At The King's Head, Tottenham, Fri 20 May