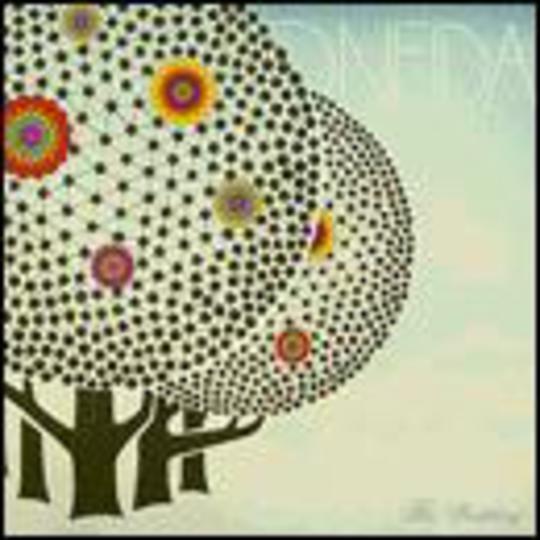 Its gestation was longwinded, punctuated by dalliances with distraught noise and the kind of avant-garde on-stage instability that absolutely ensured that Oneida were never plucked and positioned in the same basket as so many other NYC-bred outfits finding a kind of fame (infamy) across the Pond, but here it is: The Wedding. An idea that first blossomed in 2001 has now shed its fruit, and - pardon the cringeworthy nature of the next statement - it tastes delicious.

If that left something of a bad taste in your mouth, then let me at least assure you that The Wedding won't. Whereas previous Oneida albums could be criticised for being inconsistent and almost too art-rock for their own good, this sounds both absolutely complete and wonderfully concise. A surprisingly muted 'The Eiger' opens the thirteen-tracker with some wonderfully mournful strings accompanying vocals pleading their desire not to "die amongst the snow and ice, all frozen"; rarely has a band so known for their kinetic qualities down-tempoed so effectively.

Of course, it's not all sweeping strings and understated melodious vocals - 'Lavender', the very next track, shifts the album up a good two or three gears, wonderfully insistent drums stabbing recklessly at whopping slabs of organ and beaten-blue guitars. Things get a little psychedelic on 'Spirits' (whatever you do, don't say Kula Shaker), before the genuinely beautiful 'Run Through My Hair' slows the pace back to a crawl again, its repetitive backing chimes and bells reminiscent even of Bjork's great _Vespertine _record. And that's just the first four tracks.

Later delights are plentiful (just try to remain unmoved by 'You're Drifting'), but elaborating beyond such a say-nothing summary would spoil them for new listeners. Okay, so that quasi-conclusive sentence is actually born of a desire to go sleep (if you people knew what hours the average DiS writer keeps...), but its heart - my heart - is in the right place. Open your mind a little more than usual and Oneida's latest will cradle and tickle your cerebellum 'til it purrs itself into a wondrously surreal slumber.

Blinking Lights And Other Revelations