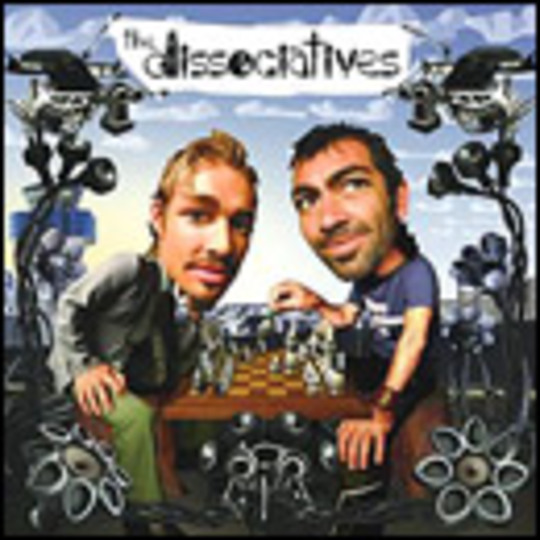 Silverchair’s last album was not Silverchair. It was not the petty griping and alarmingly tortured vocals of a disgruntled teen; it was the malformed beginnings of a young man who had come to rest with his soul in some sort of magnificent musical splendour with a couple of old pals. The relatively off-the-wall approach taken to the song writing in 'Diorama' has continued here but true to form with a new approach in life, Daniel Johns has found a new best friend in DJ Paul Mac.

There was never any doubt concerning Johns’ musical competence and his deftness in constructing a fine tune but here as one half of The Dissociatives, pushing his own artistic boundaries with a vastly detailed electronic backdrop, he has come into his own. Crafting ten songs that often appear to blend seamlessly into the next track, only discernable by a different killer chorus or maybe a new trick sewn into the hem and tucked underneath what you might hear on the first listen. Understand that there is no filler.

When you talk of recent albums where a band has made the attempt to “go electronic” the undeniable standout record is Radiohead’s 'Kid A' and this bears a weak resemblance, leaning further towards the lilting pop sensibilities of Scott Weiland’s '12 Bar Blues' and, self-explanatorily, an organic progression from Diorama from Silverchair.

Any rough-hewn edges that may have beset a younger Daniel Johns have clearly been filed away, softening the blow. While there may not be an overwhelming sense of joy emerging from this record, as there was grief from earlier offerings, his voice complements Paul Mac’s sharp and brave production with class and consistency, twisting and warping over various styles. Let the choice to give the abomination that is Jet various Australian awards over this band be considered a poor one. The Dissociatives will be a necessary addition to your record collection.

One Unique Signal at The Portland Arms, Rochester, Sat 23 Apr