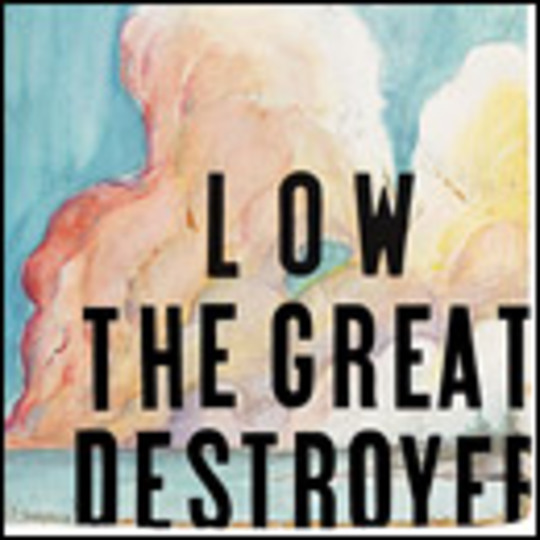 Seven albums down the line and the mystery of Low** remains unsolved, a band often described as the musical equivalent of the American Gothic painting; their music appears innocent enough at first, but beneath the down-home façade lies something much more disturbing. Their first release for Sub Pop is a typically rich affair with jaunty and upbeat offerings sitting alongside darker musings that crackle with spite and anger. Songs creep along softly before bursting into flames without notice, burning brightly until the embers eventually die. Other tunes are lighter front-porch numbers reminiscent of Harvest era Neil Young, but awash with whammy bars and feedback. The high standards set by the group’s previous albums ensured many critics were quick to predict that Low’s laidback sound was becoming a cliché (just like the ‘slow-core’ tag those same critics gleefully labelled the band). However, The Great Destroyer is simply another shimmering LP from a truly original band.

Dave Fridmann (Flaming Lips, Mercury Rev) takes care of production duties alongside the band themselves, and it’s clear from the opening pair of songs that his involvement has helped tighten Low’s occasionally wayward sound. The driving opener Monkey is a menacing affair, unsettling yet undeniably hypnotic, with **Mimi Parker’s drumming and Zak Sally’s bass reminiscent of the sound of an Amazonian tribe from a cheap King Kong movie. After such a strong start, it would be easy to expect Low sit back and ride the Duluth steamer to the album’s end, but then comes California, Low’s most straight-forward ‘single’ so far. Documenting the struggles of an American farmer forced to retreat to warmer climes, it’s a track that melts the hardest heart from the very first listen, and may just provide the band the commercial fillip they deserve. On a similar note, the mellow Just Stand Back sees vocalist Alan Sparhawk cast as a smiling assassin, his lyrical threats almost comical against the swaggering melody. ‘You’d better just stand back, I could turn on you so fast’. What are you going to do Alan, whack me with your Fender Telecaster?

On the Edge Of and When I Go Deaf are classic Low tracks, delivered in their trademark bittersweet fashion; Sparhawk and Parker’s yearning harmonies resting uneasily upon a bed of Crazy Horse-inspired electricity. Everybody’s Song is a jagged affair based upon tensions which lead Sally to take a sabbatical from the band in 2003, and the sense of anger and bitterness prevalent throughout proves that sometimes the best art is born from the ugliest moments. Then there’s Pissing, a dark piece reminiscent of the score of a 70s slasher movie (Low obviously enjoy the occasional drive-in flick), where lovers sleep alone, alone’. It’s not what you’d expect from a band containing a pair of married Mormon parents.

Death of a Salesman, which continues the ‘life of a musician’ theme touched upon in When I Go Deaf, shows Sparhawk in an unfamiliar solo acoustic setting, a party piece that maintains a wry charm from beginning to end. The epic Broadway (So Many People) , another high point, is the kind of track Simon and Garfunkel would have made in 2005 if they were walking the New York streets with Blondie’s Heart of Glass set to repeat on their I-Pod’s. When the ‘Wall of Sound’ inspired Walk Into the Sea brings the album to a swaggering climax, the first reaction is to immediately press play again after first donning a pair of cans for the true Fridmann experience.

Like other artists who’ve made to jump to Sub Pop, it seems Low’s sound hasn’t been distilled in order to ease consumption by a larger listener base. Instead, The Great Destroyer ranks alongside Trust as the band’s best work. The core elements of Low’s six previous albums, countless EP’s, and B-sides are all present here, but a riskier move to incorporate heavier sounds on tracks such as Monkey and Everybody’s Song provides yet another avenue for the band to explore a great length. For a humble trio who paint with such a small sonic palette, Low continue to intrigue and inspire in equal amounts. It’s only January, but it seems the benchmark for 2005’s finest album has just been set.