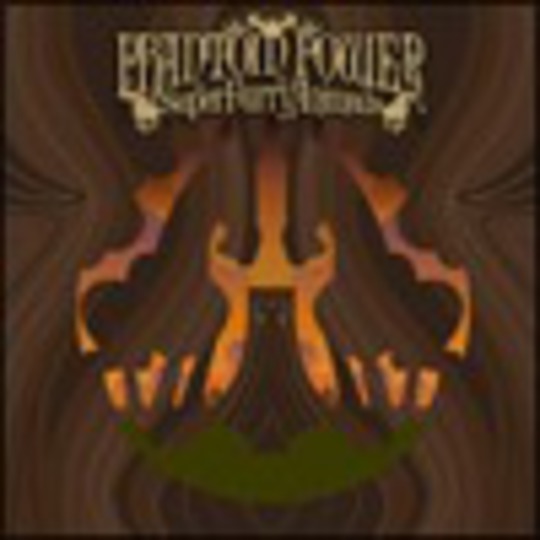 Criminally, we’re six albums into the career of the finest band to ever emerge from Wales, and they’re still nowhere near being recognised as one of the modern day great pop bands.

But in all honesty, I like it that way; why share your magic with the masses in an enormodome-shaped venue when you can have it all to yourself (alongside the other 4,000 people) as they play Brixton Academy for the umpteenth time?

Perhaps, though, the prospect of treading the same boards for the fortieth tour in succession has led to the Furries being affected by a sense of musical déjà vu; for this is probably the first album where very little new is added to the band’s traditional ‘fuck it, shove in the kitchen sink’, mix. Or maybe, there’s nothing left to add to the cosmic stew. Regardless, ‘Phantom Power’, is another assertion of the band’s powers, and sounds like a pastoral, beauty-laden amalgamation of the group’s recorded career to date.

Therefore, you get the joyous pop-boogie rockers such as single ‘Golden Retriever’ - which sounds like the KLF covering ‘20th Century Boy’ – the harmonies and trumpets of ‘Venus and Serena’ and the golden West Coast wonders of ‘Liberty Belle’ and ‘The Piccolo Snare’. Equally, you get the slow burning beauty of ‘Bleed Forever’, ‘Cityscape Skybaby’ and perhaps the best track on the album, ‘Sex, War & Robots’. Written and performed by guitarist Huw, the song sounds like a pedal steel Pink Floyd and is most notable for the heartbreaking and gorgeously sung line: “If tears could kill/I’d be a long time gone”.

Rather like Radiohead’s ‘Hail To The Thief’, but a whole lot more committed, this album is based around dissatisfaction and unease; indeed, SFA have always been a socially conscious band hidden deep beneath songs about magic scissors and romancing scientists. Religious anger, nuclear war and ideological colonisation are all touchstones but commented on without the brick-like unsubtly of lesser bands.

Add to that the wig-out pop of ‘Valet Parking’ and the ‘Northern Lites’ revue of album closer ‘The Undefeated’ and it’s another fine, esoteric wonder of an LP. Perhaps the Furries’ chance of hitting mass pay-dirt have slipped by; but don’t expect that to worry them; in fact it’s probably the best thing that will ever happen to them, as we can now sit back and enjoy the next decade of Furryvision unfettered by the need to impinge upon the Radio 1 playlists. The irony being of course, is that this band were made for the world to hear; it’s their loss.

Out Of Our Minds