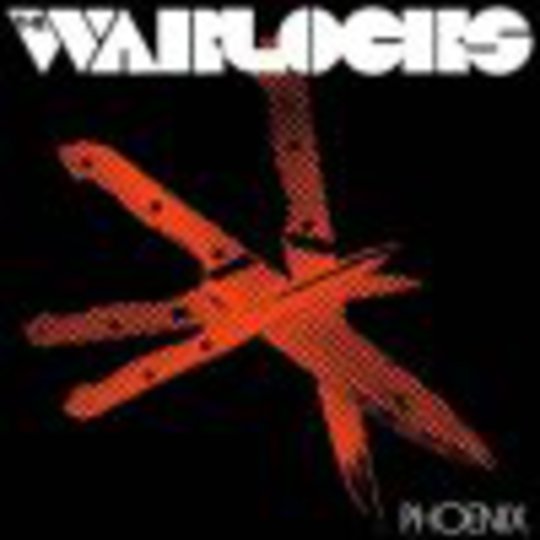 Here’s a quiztion for you pop pickers. How does a guy review the Warlocks album - finally and thankthelordly given a release on UK soil - without coming across like a bastard? Answer: he doesn’t, quite simply because all of you nose pickers will look at this article and respond to it with pseudo rock geekisms about how I have said it's too good or have not said it’s good enough. How I have missed an essential link between Sonic Boom and ‘gurus’, if you like, to the Warlocks, Spacemen 3. So I think what I'll do is choose to stare down the barrel of the gun and give it to you straight on the chin.

It’s a fucking good album. Not that the music is anything different or altogether special. It’s that they have pulled off some kind of elaborate trick by looking like they belong to the 'new pants revolution' with the dusty leather, faded jeans, dirty converse and hair like your mum’s kitchen mop. And they have NME writers walking in circles with bibs round their neck to catch the excess drool (DiS does not aim to offend people who drool by comparing them to NME hacks - Legal Ed). But their sound is light years above the yada yada blues rock riffola that’s currently doing the rounds. The lazy, droning sleaze-fest vocals, the long drawn out drugged up feedback from the guitars. The sexy moothie (that’s harmonica to English readers) and the pounding ear shattering drums, teasing you to pick up air sticks and forget about air guitar for a change. And in the same way that Quentin Tarantino wanted to be Chow Yun Fat after seeing 'Hard Boiled' I couldn’t help but get the urge to dress like a James Dean anti-hero after listening to this.

In Bobby Hecksher they have a front man who comes across cool but at the same time anti-cool, maybe even a bit geeky, almost like he’s not even overly bothered whether people like him or not. And that is where the separation begins because front wo/men these days want or seem to need to be liked or adored way too much. They also have more drummers (a la The Dirtbombs) and guitarists than I have pairs of socks.

In some instances they take the long and the drawn-out and go a little too Pink Floydian, but when they rock they do it with a certain flair that most of your current bandwagon-jumpers are too impatient to take the time to bother about. However, with titles like ‘Shake The Dope Out’ or ‘The Dope Feels Good’ don’t expect it as a present from your mum.

Overall there’s just something a little bit special about it. Like the first My Bloody Valentine album, or 'The Velvet Underground and Nico', there’s just something here that makes you want to play it again after it’s finished. This is music to strut to, music to smoke something other than cigarettes to, possibly even music to ‘get it on’ to as well. Then again, probably not!!

It’s got Spacemen 3 written all over it. But there's also the rock operatic tunesmithery, and in my opinion, tidied up sound, of Spiritualized in there too. And the guys from Black Rebel Motorcycle Club are probably soiling their Sunday best at this, the sound they didn’t quite manage to achieve. It’s dirty, it’s nasty, and it spits all over the newly polished boots of a Hell's Angel. This is devil music. This, my friends, is the good shit. Rock'n'roll the way it was originally intended.

Overall there is an energy here and an attention to the little details like, oh I don’t know, songs perhaps, that has been missing from a lot of bands of late. And on the first listen, I got a small hint of the feeling boiling up inside me that my folks might just have felt when they heard The Grateful Dead or The Stones for the first time.