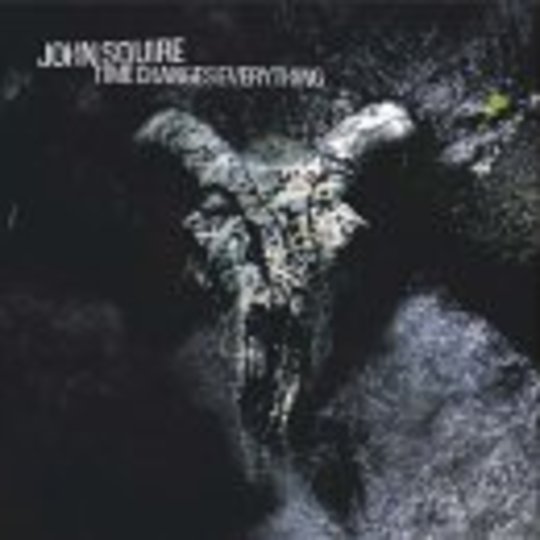 Well, by Christmas 1989 I had decided that John Squire was probably the coolest man in Britain, and, therefore, the world.

The album ‘The Stone Roses’ had sound-tracked my summer holidays and most of my Autumnal slog to school. And now here the band were on the front of the Xmas NME, on a mountain, arms outstretched, “On Top Of The World”. Pretty cool, I thought.

A good idea at the time, The Stone Roses had taken Beatlesy indie-jangle and had given it a louche, loose groove. Essentially what they had done was to make dance music with guitars! Well, as near as damn it, especially the track ‘Don’t Stop’, which I particularly liked: ‘Waterfall’ played backwards with new drums and vocals giving it a ‘trippy’, dancey feel. And with acid house (and it’s myriad spin-offs) having taken hold of the council estates (including mine), and blaring from every teenagers bedroom window (including mine) it seemed like indie-jangle could, maybe, be bending towards dance; and there could, maybe, be a [important word: successful] fusion of the two. Sounds cool, I thought.

And, that winter then, it happened: The Roses’ ‘Fool’s Gold’ and the Happy Mondays’ ‘Madchester: Rave On’ ep were released on the same day and the whole thing erupted into a veritable, genuine ‘youth-quake’ moment: mainstream success ensured that ‘baggy’ was up and running, The Mondays and the Roses insouciantly lolloping about on TOTP - an exciting moment where it seemed the underground was taking over the establishment (in the eyes of an enthused teen anyway). And also Manchester’s Haçienda club and the burgeoning E-culture became the subject of tabloid interest and scorn. All real The Man vs The Kids stuff!

Why am I telling you all this? Well, somewhere in the middle of all the paint-spattered madness that was The Stone Roses stood the inscrutable figure of guitarist, John Squire. Surely he, I figured, was the driving force behind The Roses’ drift into beats and breaks and loops and all that funky stuff. Mani and Reni were workhorses, it seemed, and Ian Brown, though frontman and mouthpiece, just didn’t seem to ring true as leader, at least in any artistic sense. No, it must be Squire - he was the ‘arty’ one, after all. He was the one often pictured peering glumly through one of his many Pollock rip-off, action-paintings. And not only did he paint the Stone Roses' cover art-work, he used to be a model-maker on classic 80s-tastic cartoon series, Dangermouse. Brilliant!

Turned out he was in charge. And let the stodgy fiasco that was ‘The Second Coming’ be a cautionary tale for all bands who let a mere musician take the reigns, for, instead of developing on from the trailblazing success made by ‘Fool’s Gold’, Squire resorted to lead guitarist type and spent a pointlessly long time in perfecting what was eventually a bloodless facsimile of Led Zeppelinesque stadium rock and the spark of promise was snuffed out (or at least squandered - but let us not speak of the true hideousness that was early 90s ‘indie-dance’). Oh well, another false dawn. That’s far from cool, I thought.

Now there’s ‘Time Changes Everything’ - I’ve tried to put off talking about it, but I suppose I must. In spite of what the title may want you to believe, this album continues the same line of betrayal that ‘The Second Coming’ started, except this time it’s - would you believe - a dusty, country rock album.

And sweet baby Lucifer, what a calamitous, hidebound piece of rubbish it is. No doubt Squire has spent long hours poring over his guitar in his anally perfectionist quest for authenticity, and, for all I know, ‘Time Changes Everything’ contains the most technically proficient guitar work on any album so far this year. Quite frankly though, I don’t give a flying cunt, what I experience is something that is stultifyingly derivative and dull; just hollow formalism. Where‘s the spunk? The funk? The punk? What‘s happened to him?

The one true standout element of the album is John Squire’s singing voice: it sounds like David Frost trying to do an impression of Bob Dylan, veering off into a Stella Street David Bowie from time to time. You may love it, you may hate it, but either way, it’s certainly the most interesting thing here.

Unfortunately, even if you love it you might still be hampered by his songwriting, unless you can stand him mewling meaningless guff like, “I don’t think they were looking for diamonds silver or gold / they were writing for the pistols and the birds (Byrds?) / that flew above them in the heavy metal sky”

Well, by summer 1990 The Stone Roses had given the final, half-hearted wave to the fans that was ‘One Love’ before disappearing into a mess of legal wrangling and self-absorption. The vacuum they left was quickly filled by the likes of The Charlatans and The La’s, all which did some furious back peddling to steer good ship indie back onto it’s course of ‘classic’, fettered 60s influenced pop and the fuse was lit for britpop/dadrock to explode a few years hence.

And now? Now I imagine Squire sits on a barstool in Ronnie Wood’s pub in a dandruff-flecked brown corduroy jacket, supping a mild ale, talking about the bootleg of Free rarities he’s bought, before sloping off back to the studio to work on some songs seemingly stolen from the waste-paper basket next to George Harrison’s death-bed. Just like the pop traitor he is. I imagine, anyway.

Of course there’s talk of a Roses reunion. These things never bloody work, but it could, maybe, be the olive branch that Squire needs to climb out of the hole he’s currently in. Who knows?

Whatever, I was still wrong to ever believe in John Squire. Still, you live and learn, eh?