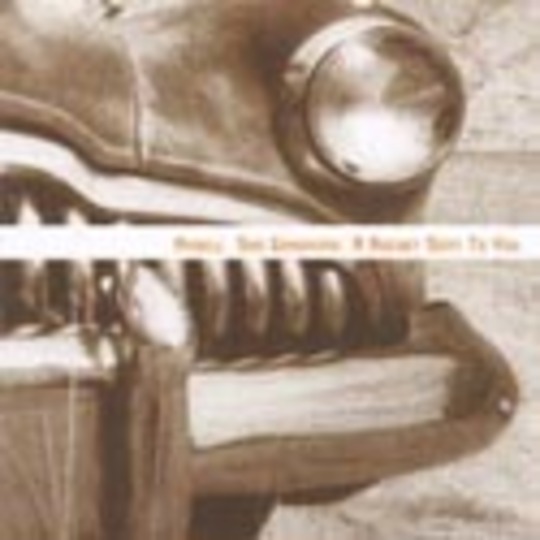 A three-way split CD, this disc showcases three of post-hardcore-emo’s top of the class hopefuls. Opening up the proceedings are the UK’s very own rough-hewn Rydell. It’s taken me a while to adapt to their brand of emo-rock but maybe that’s just their vocalist’s tendencies to verge on the out-of-tune on occasions. Well, whatever. No can deny that the three tracks offered here show a healthy proficiency for emo noodling, one of which is a re-working of ‘The Plot is Lost’, the addition of echoing female vocals working really well.

Although San Geronimo *contains an old member of *Drowningman, don’t for a minute think that he’s brought one ounce of their crazed ferocity, or indeed that this is a band that’s arisen from their untimely demise (caused by vocalist Simon Brody’s escalating drug problems). Instead, San Geronimo (also containing ex-members of Lifetime *& *Jets To Brazil) follow on nicely from Rydell with an emo mesh that hooks nicely onto early *Jimmy Eat World *in parts of their fuzzed-up song structures. Nice.

Finishing off this release are A Rocket Sent to You *who continue the emo thread with cleverly syncopated rhythms and catchy vocal lines (although nervously delivered) with *_‘Silencer’ _being one of the stand-out tracks on here.

This is a good split, compiling material from 3 of the scene’s more talented acts. But with not much to separate their sounds from each other their impact is sadly reduced somewhat. Utterly recommended nonetheless.

Plotting To Kill Your Friends