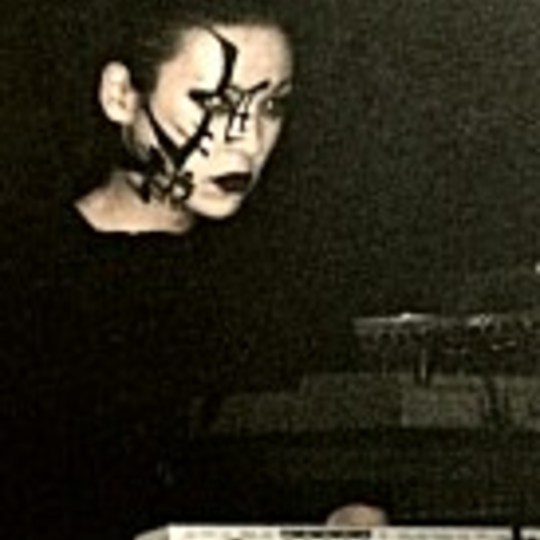 This is scary, this is a very very dark and scary album. It does not ask to be liked by any conventional likening… instead demanding that attention be paid to it in whatever form that attention may take… fear…loathing…confusion…a warped sense of enjoyment it does not matter. It provokes a reaction. Starting of with a cut up live sample of Bela Lugosi is dead by **Bauhaus things proceed to become ever increasingly twisted.

Sounding different every time its listen to, it is as if your ears become accustomed to one layer of noise only to be hit by another one that demands ever more understanding. In effect you are bombarded from all directions with cut up loops, drums that put you flat on your arse in a sonic onslaught only to be picked back up again just as you feel that you are about to tear of your own ears… orchestral stabs fill in the back ground… vague melodies are picked out at random… never relying on a conventional means.

Tracks seem to blend into one another, meaning that the album has to be listen as a whole to make any sort of sense as it weaves its way through its exploration of your brain…because that is what this album feels like its doing… picking through your brain to see just how unnerved it can actually make you.

Its hard to put this sort of music into any particular genre… infact I won’t even try as it would be unfair to try and categorise and pigeon hole music like this as it seems to borrow from such a wide range of genres and styles whilst making up a few new ones on the way… and in a way that is what I like most about this recording by **Nic Endo it manages to fuse together elements of jazz, techno, electronica with a sparse orchestral backing into a dark aggressive self questioning album that is so different from the current so called alternative scene that is masquerading around at this point in time.