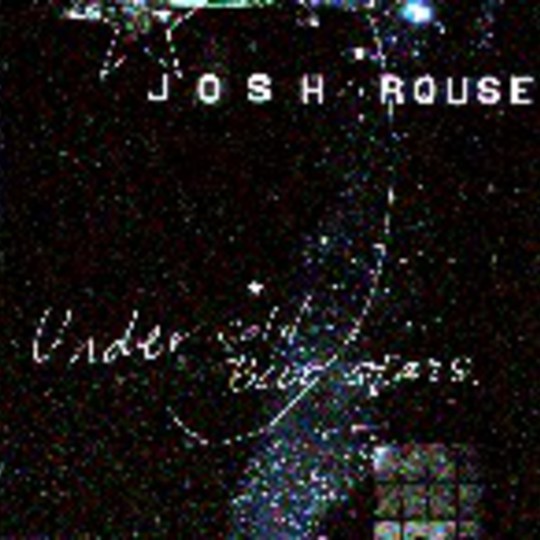 So many reviews these days end along the lines of “this is average, but it counts as good because it’s better than the usual manufactured tripe/nu-metal rubbish (delete as appropriate).”

We’ve all thought that, but you can’t help longing for an album that is unconditionally great. Thankfully, Under Cold Blue Stars is just that. Josh Rouse’s third isn’t just better than the run of the mill – it doesn’t lose out in comparison with the classics that clearly inspired the Nebraska-born singer-songwriter, albums like Achtung Baby and The Queen is Dead.

Loosely based on the trials and tribulations of a fictional 1950s small-town couple (based on Rouse’s parents) Under Cold Blue Stars is a relationship record par excellence. It’s all here – bliss, doubt, regret, nostalgia. Perhaps thanks to the concept, the album comes across as a perfectly-realised whole, from the moody horns of Twilight to the sparse but comforting closer The Whole Night Through.

It’s hard to pick out standout tracks on such a consistently brilliant album, but listen out for forthcoming single Feeling No Pain, the earnest plea of the melancholic who has discovered he loves life and has to tell his lover before it’s too late: “My heart is wide open and somehow everything falls into place / And it’s love.”

Musically, too, everything falls into place, and nowhere more so than on the hypnotic title track. A flute-like Mellotron weaves its way over curt 1950s-style guitar, vibes, shuffling bass and energetic drums, courtesy of former Ben Folds Five sticksman Darren Jessee. Utterly sublime.

Rouse is no Jeff Buckley, but the way he can stress a single word can score a direct hit on the listener’s musical G-spot. Just listen to the “you” in “Don’t you know nothing gives me pleasure like you do.”

In Rouse’s own words, on Under Cold Blue Stars “at times the music feels really sunshiny but the lyrics are melancholy; and the times when the music is melancholy there always seems to be some hope in there.” Summer Kitchen Ballad is a beguiling mixture of both. A lone cello holds a plaintive note under acoustic strumming as Rouse intones in a delicate, flaky voice: “It’s a great world.” Apparently Rouse set out to create a cinematic record, but here the effect is more one of pouring through an old photo album, vividly recalling summer pleasures now long gone: “Down at the corridor / Have a swim / I took off my shirt but you won’t go in.”

Usually when critics declare that a record is an early contender for album of the year they’re getting ahead of themselves. However, with Under Cold Blue Stars to limit the scope of its greatness to a single year would be to do it a disservice.