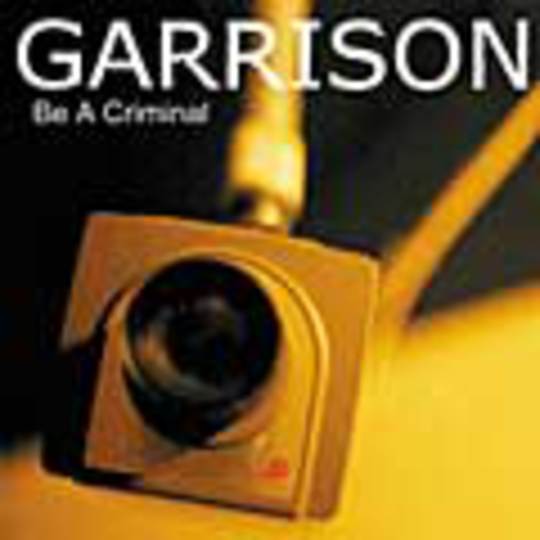 And so Garrison return with an album that opens your eyes and welcomes in an exciting emo-rock sound which must truly signal a rise for a genre which has slowly been rising up from the hardcore underground since the early ninties. Garrison are four Bostonians who have, since 1998, been setting the HC scene alight with their explosive and intricate live shows, providing the scenesters with that perfect link between emo and rock.

‘Be A Criminal’ is an album which has seen their abstruse musicianship develop immeasurably, surpassing all their previous efforts, including their split with Hundred Reasons. With this, Garrison are sure to explode in the face of every alternative music fan this year with hard-hitting, eloquent grandeur. Delve inside and songs like 'Recognise an Opportunity’' gallop at you with a bounding eclectic mix of dual octave guitars which slice through vocalist Joseph Grillo’s rich and vibrant lyricism.* ‘Choose The Weapon’ carries in a similar vein, it’s shouty, frantic speed underpinning *Grillo’s urgent vocals in the lines, "Before we pass this sober point, make sure you’re listening / inoculated on your tongue so numb from asking", before it breaks into a marvellously sinister Mike Patton-esque bridge.

In ‘Dump The Body’, jangly guitars akin to the Burning Airlines are bursting out of a keen emo-rock mesh that encapsulates Drive Like Jehu’s finest moments, not stopping to take in some of early Radiohead’s jaw-dropping musicianship. And I guarantee that you will be singing the line,_ “I could point a finger but I’d rather point a gun” _for weeks after. Slower number ‘Know The Locale’ displays superbly sweet harmonies that bob along under an abrasive 6/8 rhythm that shows that even in their less chaotic songs Garrison send excited shivers all over your body with soaring hooks and creamy melodies. Their forthcoming tour in early February only adds to your excitement.

The fact is, every track on this album will make you giddy with excitement. Songs such as* ‘Don’t Feel Bad'* and *‘Dump The Body’ *display the kind of searing emotional hooks that most bands can only dream of. With ‘Be A Criminal’, Garrison have undoubtedly created an album that should thrust emo-core into the faces of all the sad, lonely acoustic Indie bands currently clogging the airwaves with their whiny lullabies. Ahem. Along with Hundred Reasons, Rival Schools and Forever Until October it looks like there’s finally a new, intelligent, emotionally-charged movement set to take hold of this decade. Oh, and finally hammer a nail into nu-metal’s coffin.