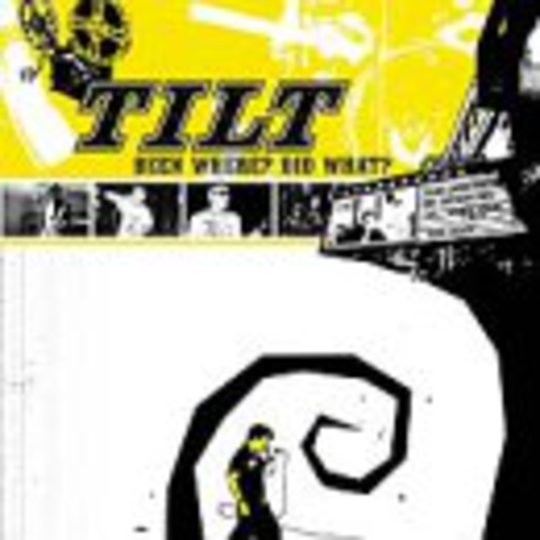 Some of you may remember *Tilt *from one of the Fat tours a few years back. Touring with some of Fat’s bigger, well-known and, frankly, musically superior bands like No Use For A Name & Strung Out chances are those of you who don’t will probably have been getting the bevvies in at the bar (or if you saw them at Sheffield’s Corporation, playing the computer games!).

For despite their rather foxy bleached blonde vocalist Cinder Block being er… visually stimulating onstage Tilt never really seemed to excite you in the same way as label-mates Dance Hall Crashers. I believe the polite term usually assigned to those bands that tour & tour & tour without many people really giving a toss is ‘pioneering’. And *Tilt *epitomise the word. After they first stormed the stages of the East Bay punk scene in ’92 *Tilt *have helped in ‘pioneering’ the scene which has spawned so many commercially successful acts.

For Tilt fans this CD gives them an idea of what they were like ‘back in the day’ with early demos & unreleased material but, faced with the fact that not many of us were actually interested in their proper releases anyway, they attempt to liven it up with pointless covers of theme tunes to the Dukes of Hazzard & Carmen San Diego as well as one of guitarist Jeffrey’s pretty darn embarrassing 'raps'.

Oh, OK, it’s an alright bunch of songs but with 22 rough & ready demos & outtakes this is for the completists only.