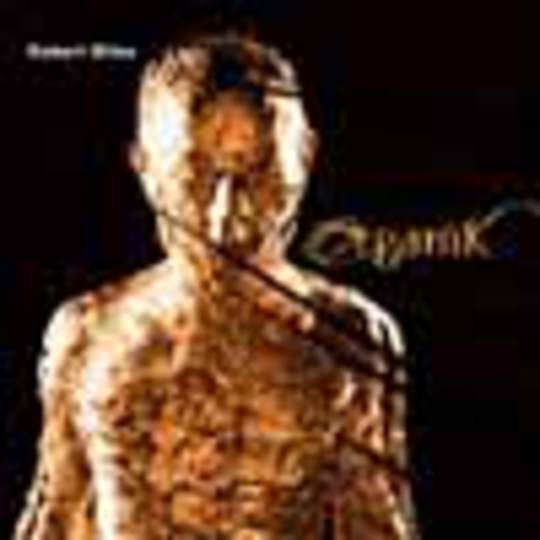 Enter Robert Miles, most famous as the do-er of ‘Children’ - with that hit single, silly! So it is or rather was a big Ibiza anthem, maybe that fact is enough to put any non-Ben Sherman owning smuck off this record. Do not walk away just yet! The fact of the matter is no artist is ever the sum of their most well known song/piece/exhibit. Proof is laid out before me on 12 tracks that could easily be deemed ambient room filling dance - y’know, chillout stuff! This may very well be a subtly quiet affair but it is the relationships between the small contrasts of cultural diversities, picked up in teeny sounds which seem to add a taster of this big ol' world outside of the studio, practice room or smokey club; a lot of music is missing this vital essence. Reality, therefore, is important.

’Paths’ for instance, is my pick of the album and it is the next single. The track features Nina Miranda (Brazilian gal of Smoke City, famed only for ’Underwater Love’, used on a Lrvi's ad) accented-tone talks a good trip through dreamland. This one of those dreams where your brain tries to wrestle with self-belief whilst explaining fate, with too many paths to choose. The poetry can be found floating on a snake charmers flute and wallowing amongst an enchantingly filthy beat. A drum’n’bass crecendo is found wandering toward the end of the track, it's treading near the tracks of Roni Sizes' 'Heroes' which is never a bad thing. This, for me, is delicately contrasting the stereotypical E-popping clublanders to a busker on the dusky streets of the back-of-beyond. This is not a well worn path, it's like a science, or something, just outside of the norm resting within a paradigm we don't yet understand. Does Mr.Miles?

The rest of 'ORGANiK' is a flow of sounds, with no real indication of songs ending or beginning, with no other poetry but that of 'Paths'. This does - especailly with the odd didgeridoo and splash of water - make this record ideal for those shops made to make your eyes water, your nose stream and prepubescent girls rooms smell of Egyptian tombs. It's the strings which make this record, with both the London Session Orchestra's and those of the guitar variety, adding an extra few dimensions of sound beneath the Tabla & Asian percussion of Dhruba Ghosh and Trilok Gurtu, plus the varying basses and digi-inserts of keys and manipulated sounds.

There are moments where this rips through the room like an exploding synth and split seconds where the layering lures you into picking up the cohesion to tear it apart in search of an answer. That does seem to be the process that Mr.Miles has undergone with this record. The seemingly classically trained composers convention book was ditched back with Mein Kampf. This seems to be the sort of record which in decades to come will probably be more heralded as retaliation both for and against multicultralism and conformity. It's impossible to decide in what shape or form, or if it really lives upto the pretension of all the above. However, it exists and that's probably just enough to worry about.

To conclude, this record is about as predictable as a UK train timetable, but a good soundtrack to reading just about anything, on a journey to anywhere, whenever we get there.