Songs From The Earth 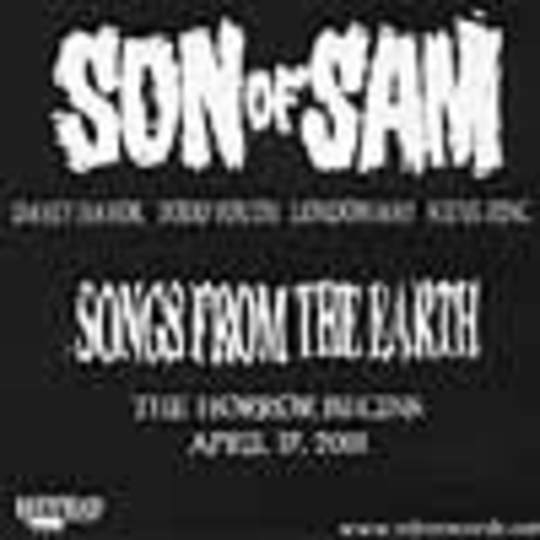 Woooh. Now this is one heck of a spooky collaboration. Featuring AFI vocalist Davey Havok, Danzig guitarist Todd Youth, Samhain/ Tiger Army drummer London MAY & Samhain drummer Steve Zing on bass, not to mention a guest appearance from Glenn Danzig himself I?m surprised there are no other current members of The Misfits showing their faces.

For any Goth-punk/metaller this must seem like a dream line-up that was just waiting to jam together. As a matter of fact, listening to their debut they may have hit on something rather unique & spine-chillingly special in this line-up.

It?s kind of like a football dream-team. You pick the best players from each team to form one effortless formula that if they were to actually get together would, through solid teamwork, produce ingenious football dynamism & class goals. And the same applies here. Replace the goals with tuneful, hard-hitting songs & Son of Sam are onto a winner.

So, we get the best of those low-down dirty riffs, first characterised by The Misfits all those years ago to produce a powerful sound that?s enhanced brilliantly by Davey Havok?s distinctive yells. From the intro [from some horror film I?m sure my flatmate will point & laugh at me for not knowing] of: ?Listen to them ? children of the night. What music they make??, together with obligatory wolf howls, they pounce straight into ?Of Power?, an infectiously tuneful blend of spooky AFI harmonies with a deep organ-coated groove.

Then, from the up-beat Misfits-esque ?Stray? to the goth-metal of ?Satiate? this whole album just doesn?t stop producing amazingly catchy song after another! As I?ve said earlier, this line-up is something special & one which Davey may feel more comfortable in than push AFI further & further from their original hardcore-punk sound.

Anyone who thought ?The Art Of Drowning? could have been much more should buy this now. An absolute classic.