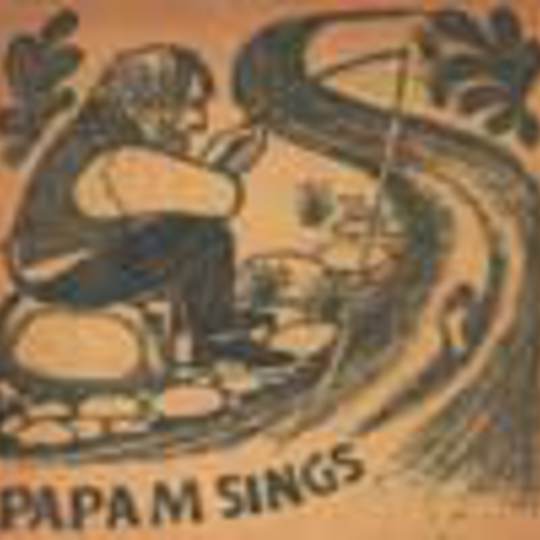 Rock legends can get away with all manner of repulsive musical tirades. They will inexplicably avoid criticism until they do something reaching Pink Floyd style indulgence. How else can anyone explain Sonic Youth?s SYR recordings? People continue to buy these records!

For anyone unaware, Papa M is Dave Pajo. Dave Pajo was once in Slint and made the best album ever. He then contributed in a number of other great bands; Palace Brothers, Royal Trux, Breeders and most notably Tortoise. In 1997 he released under the name of Aerial M, which by 1999 became Papa M, under this guise came Live from a Sharks Cage which consisted of layers of sparse sounds and rhythms and is pretty much excellent and unlike any other piece of music ever.

is Dave Pajo pretending to be Will Oldham with a country tinge and it?s pretty awful. His voice is awful and there are particularly offensive whiney country and western guitar sounds throughout the six songs. The only bearable part of the album is the times when listening carefully it becomes clear that this is Papa M, for brief seconds audible in the background are the complex structures and rhythms that Papa M is known for, particularly on I of Mine. It sounds like he has put effort into a very good Papa M song and then decided to whine and play an awful guitar over the top of it, it even has a decent post-rock crescendo hidden away.

Despite the content of the record it will undoubtedly sell out instantly. Not only is it the work of one of the greatest musical legends of the 90s it?s also released on Mogwai?s Rock Action label, therefore people will buy it and treasure for the impeccably cool musical artefact that it is, despite the awful music on it. No one could have stopped me from buying it anyway.