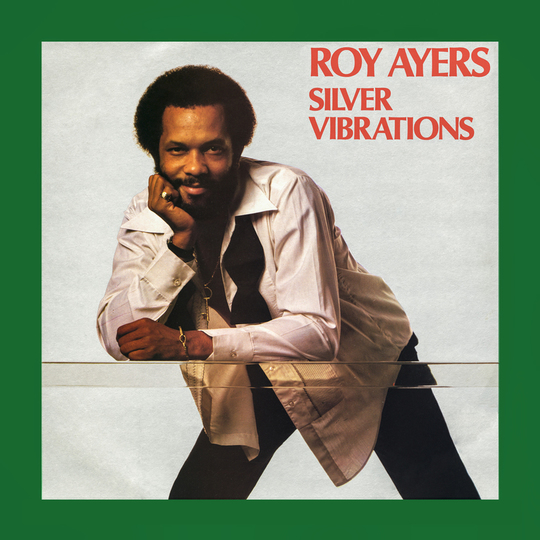 There is a compelling emotion of goodwill that always weaves itself into the tapestry of whatever genre of music Roy Ayers chooses to create. The LA raised Vibes sovereign, who was bestowed with a set of vibraphone mallets by the foremost master of the instrument Lionel Hampton at age five, has constructed several mini-careers by pushing the edges of jazz forward since the '70s. His forming the group Ubiquity, which literally means the fact of being everywhere, allowed him to pursue all the connections that jazz has to soul, R&B, funk, and disco. Connectivity that later in the '90s would give him proper credit as being the godfather of neo-soul, house, acid-jazz and a canon that provided the building sample blocks for boom bap era, hip-hop.

Silver Vibrations, the heavily sought-after 1983 album by Ayers thought of as his last great focused project in that era which combined equal parts commercial viability and artistic complexity. Commanding upwards of three figures on Discogs, it's finally being reissued on vinyl for the first time by BBE Records. It stands as the truest chronicle, reporting where black music was at in the early Eighties and its trajectory to come.

At the top of the decade, while browsing the landscape of a post-disco America, Ayres switched up his production list into a worksheet of boogie compositions and string-laden grooves. Chicago, the global classic, that not only pre-dates the term ‘house music’ but in turn lays out the structure and foundation the music would grow from, is featured in its extended seven-minute version. With its sample-like loop formation, minor-key chord structure and kick drum. It elongates this slippery funk into something just a bit more than a catchy tune. We get Genre. Silver Vibrations-the sleek r&b dance track showcasing Ayers magical vibe skills-feels like something Dr Dre would sample or a production Dam-Funk would create. ‘DC City’, a kissing cousin of Ubiquity's original recording of The Third Eye, is a mellow summer night type dedication to Chocolate City.

While there are moments on ‘Lots of Love’ and ‘Keep On Movin’ where Ayers refuses to give up the hedonistic Seventies ghost, a HEAVY post-disco effect on this record, with that slippery boogie sound working its way into the zeitgeist, cannot be ignored. This abridged version morphed into new R&B. And Ayers maneuvered through all these musical developments like he was parking a car. Focused on staying relevant to the kids, he created a teaching manual. Thirty years in advance.