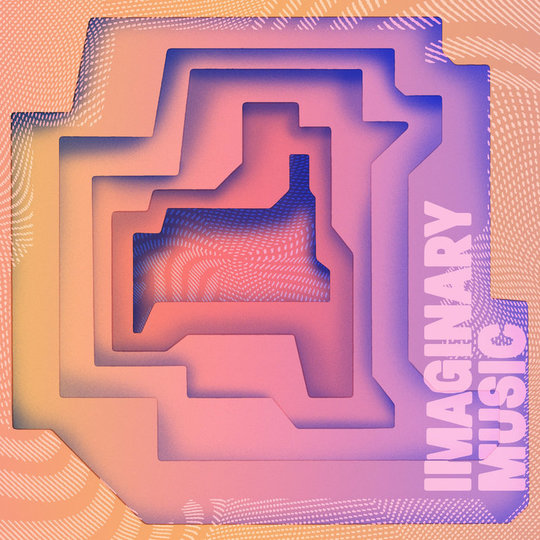 Pop’s a curious curtain. On the one hand, the stars behind the veil can hide anything and everything personal behind diamond-studded ambiguity, universal lyrics swathed in Elysian splendor. But that veil hangs low before the public eye; anyone who wants to peer behind the curtain need only stand on their tiptoes and tug. When both artist and listener are copasetic with this set-up, the real hit factory cranks on.

It’s hard to tell if Hugo Manuel, aka Chad Valley, wants your dirty paws on his fine silk veil. No doubt, the deceptively plain gentleman retreated from the transparent mess of bands for exactly this shimmery synthpop artifice, as both Young Hunger and Entirely New Blue demonstrated. And while the latter opened the revolving door to a few guests, the results remained the pure ethereal stuffs of fantasy. Imaginary Music only follows that thread to its logical conclusion – why even bother with guests, when the man with the plan has the vision in his hand? Thus, from mid-Eighties pallor to mid Noughties commercial filler, the handscaped landscape of no. 3 transforms ordinary Manuel into an ordinary pop hologram. Don’t touch the glass, kiddos.

From a conceptual standpoint, Imaginary Music should be damn near bulletproof. These are chambers filled to bursting with pink and purple pillows, quilted blankets, four-poster beds. Singles like 'ABC' (a reference, maybe, to the 'Poison Arrow' pop charlatans of the same name?) coat that classic lovesick hankerin’ in the cocktail-by-the-pool chill of Erasure, with the ol’ pop-up funky fretless bass trick from Duran Duran. Meanwhile, 'See-Through' is gonna make me cite Black Light Dinner Party again, as some particular undulations sweep down from the ether and remind me of the sweet unknown from 2012. Is Chad Valley too 'pop' for college radio?

By theory, this should all work miracles. But, even with the profoundly tasteful autotune slow-jams (“Unknown Ballad” in particular, which cuts a crystal path toward older intrigues like Roxy Music’s Avalon), some distinct fire is missing. You can’t untangle Chad Valley’s mirage from the wallpaper from whence it came – like 'Hold Somebody”' a clear amalgam of Depeche Mode pulses without that crucial spike of urgency from Gahan. No matter where you turn, a solid sapphire wall blocks your path. 'Impartial' isn’t your dream, but it’s someone else’s, and no matter how much you knock on the screen and call, no one on the other side will cease in their Bacchanal fountain-splashing to notice you.

I guess, on the more practical side, my hands turn cold on this one cos I know what happens to veil-huggers like Manuel. Barring a handful of names, many of the sparkly gems I found on college radio either didn’t last (BLDP, for one), or their light faded in my foggy head. If I tilt that ol’ grey archive in my skull, a cascade of unlabeled album covers will fall out – something on grass, a car in the sunset, a boy surfacing in a pool, a girl’s name. If any of that were worth saving, the librarians would’ve earmarked ‘em and kept them in the stacks – like, for example, Twin Shadow and Totally Enormous Extinct Dinosaurs, both brighter nodes that Manuel toured with at one point.

I dunno. It’s funny to me that Manuel cites China Crisis, who rank (for me, anyway) with Blancmange as two of the Eighties' most underrated pop polymorphs. See, while the CC played by the rules, they also fiddled with the curtain; their biggest hit, '(Working With) Fire and Steel', was an ode to industrial production that you could dance to. Chad Valley is too perfect to admit any such anomalies into the weave, and that’s the problem – you can’t tear off anything for the archives. Stand over there and be wooed – don’t touch.