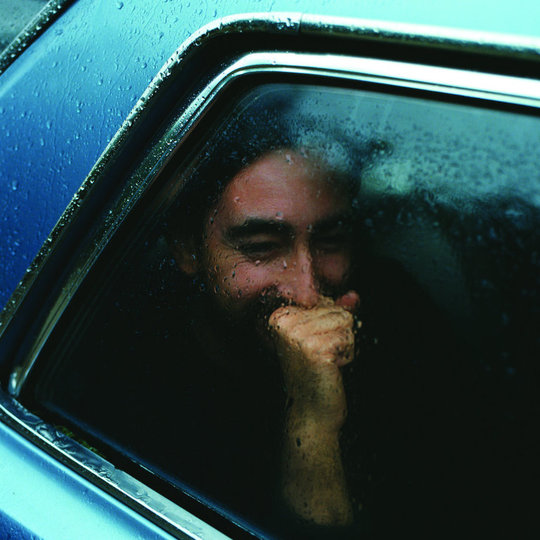 You always got the impression from Slow Club’s four albums that they were making the music that they wanted to be making. Fears of cynical critiques against their original tweeness or later melodrama didn’t prevent them releasing songs that were consistently entertaining and heart-provoking. It was the evident passion and sincerity in their writing that made them stand out as an act, coupled with the complementary yin-yang balance between Charles Watson and Rebecca Taylor. It seemed inevitable, though, that eventually there would be solo projects beyond the band, allowing them to scratch musical itches individually. Rebecca Taylor has gone a more electronic route, releasing her exciting first single ‘Your Wife’ under the moniker Self Esteem last year, crisply produced by Django Django’s Dave MacLean. Charles Watson has gone in almost the direct opposite route with Now That I’m A River, self-producing an album of gentle Americana folk-rock. There were risks that without Taylor’s pop-prone energy that the result would lack variety, but fortunately it has brought about an album of unassuming authenticity and authority.

Putting his creative writing background to good use, Watson creates narratives, atmospheres, and landscapes rather than mere thoughts and emotions. The smokey opener ‘Voices Carry Through the Mist’ establishes this visual imagery with lines such as “Feathers falling for a simple game, the silhouettes go on and on”. Taking inspiration from JG Ballard’s Hello, America!, it almost becomes a pastiche of a British writer’s idea of what America is like, but that somehow makes it more poetic, conjuring the space and haze of an opiate-fuelled road-trip. The opening five songs are all shambling doozies, floating along in charming but inconsequential foxtrots. ‘You’ve Got Your Way Of Leaving’ echoes Neil Young’s Journey Through The Past while ‘Love Is Blue’ recalls America’s ‘A Horse With No Name’. The album comes into focus in the standout ‘No Fanfare’. Kicked off with organ swells and shuddering guitar chords, it has a quietly building momentum, until it sweeps you away without you noticing. As he sings “What was it that lifted your soul when you thought it needed lifting?”, drums punctuate a shift, before an understated brass section gives a sense of optimism to the desolate wilderness. It emphasises the strength and sophistication of Watson’s composition: he has strong cards in his hand, but plays them at the right times, never overbearing the listener but subtly overwhelming them.

There is musical range in the electronic jam of ‘Abandoned Buick’, but the thematics remain constant throughout. Even in the most powerful lyrics there is understatement, such as telling a lover in ‘Run and Hide’ that “Your magic still lies in your ordinariness”. In closer ‘Everything Goes Right’ we have another build, but this time he allows the fanfare, which then dwindles back down into a feedback that could circle into the haze that opens the album. There is no urgent message here or world-changing significance, but there is something beautifully comforting in the human humility and musical modesty.

Other than the obvious similarity of his own duo She & Him, there are parallels to be drawn with M. Ward, as Watson creates music for music’s sake, rather than fussing over commercial constraints. There are flaws in the album, as some songs could be shortened a little and not every song connects, but once you start trying to add that individual polish, you would risk losing the essential character of the whole. As a solo debut, it is an album of assured intelligence.