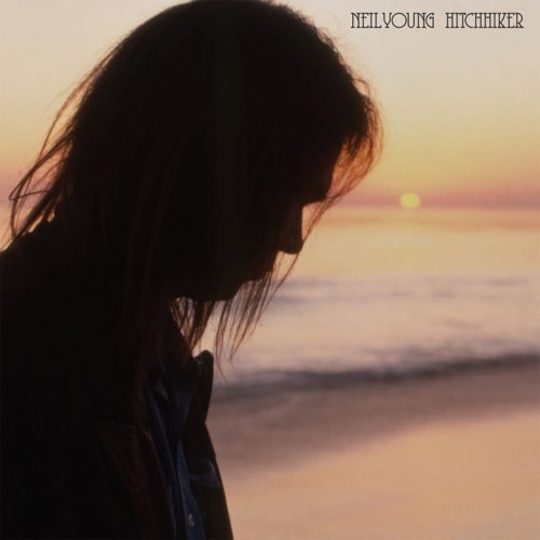 'You ready Briggs?' asks Neil Young of engineer David Briggs late one night in 1976 at the front of a session that yielded the original recordings of a set of songs that Young would draw from for the next three decades. Then we’re right into the legendary ‘Pocahontas’ which, in Young’s biography Shakey, Briggs describes as being written 'in 20 minutes' with no pen or paper involved.

While we all enjoy dispelling a hyperbolic rock n’ roll myth it genuinely is remarkable that a single night of recording - an acoustic guitar, a voice, a harmonica and a sound desk (plus a ton of booze and drugs by all accounts) - could yield these tremulous, pure and singular versions of songs as disparate as the endlessly anthemic ‘Powderfinger’ (which ended up as a live full band take with Crazy Horse on ‘79s Rust Never Sleeps), the low-key, menacing ‘Captain Kennedy’ (which eventually saw the light on 1980’s overlooked Hawks And Doves) and the insistent, speed-strewn widescreen beauty of the title track (the most recently reimagined - on 2010’s Le Noise).

This was a time for Young when the creative well seemed infinite - he’d served up On the Beach, Tonight’s the Night and Zuma in the previous two years and, despite the losses of guitarist Danny Whitten and personal friend and roadie Bruce Berry - or perhaps in part because of them, Young was, at this point, pushing out in all directions - the politicised irony of ‘Campaigner’ with its kiss-off line “Even Richard Nixon has got soul”, the historical, semi-spiritual appropriation of the aforementioned ‘Pocahontas’, the down-the-line heartbreak of the previously unreleased ‘Give Me Strength’ - are all testament to a talent that seems undimmed by drug use, undiminished by personal disaster.

Of the two unreleased songs present in this collection ‘Hawaii’ may be the stranger, the more interesting - its ghostly, high wire, one-word chorus contrasting something dark and supernatural with the sunlit connotations of the titular word. Its lyric, a classic Young ramble that begins with a snigger and ends without real closure, depicts a stranger “on an overdose of vitamins” who approaches Young for help while “Things were getting hard to follow / I was feeling pretty hollow”. It’s certainly more sketch than song but something about it manages to stick fast; a remnant of sonic ectoplasm.

Its partner, ’Give Me Strength’ could have sat comfortably on any number of subsequent Young releases from Comes A Time through Harvest Moon right up to Silver & Gold and beyond. A yearning, overwhelmingly tuneful prayer to “Give me strength to move along / Give me strength to realise she’s gone”. It feels like something you’ve always known - like those tracks from Dylan and Springsteen’s respective Bootleg Series and Tracks box set that made you wonder - why the hell haven’t we been listening to this for years?

Hitchhiker is a powerful document. Moments when Young is humanised such as his request to change the vocal mic on crooning closer ‘The Old Country Waltz’ only add to the sense of oddity; it’s just a guy bashing out some songs with a friend back in the Seventies - yet it’s a kind of reverse Best Of: a hits collection of songs before they were ever known, now released after all but two of them are firmly fixed in the Young cannon. It’s a tricksy, impish move to release Hitchhiker at this point, and typical of Young of course. These contrary behaviours only add to his charm and of course to his carefully self-created legend, faithfully propagated by his adherents and, often, the press over the decades.

Apparently Reprise were not keen to release Hitchhiker at the time (with Young himself feeling he sounded just a little too wasted to call it legit), but right back here in 2017 it appears that, like Briggs on that hazy night in ’76, Young has decided that we are ready to spend the night with him at that long gone all-night session.