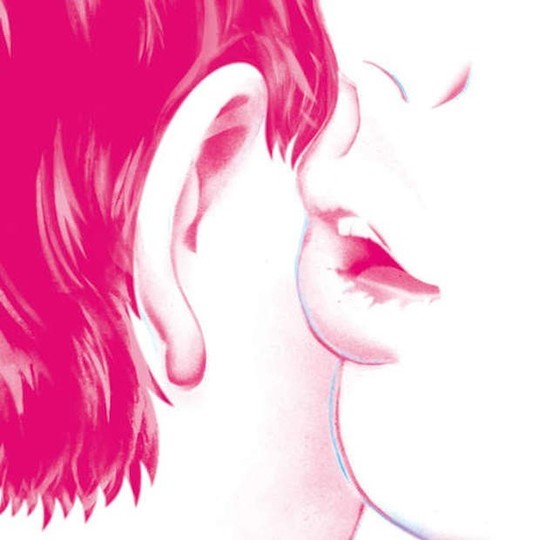 Four years after their critically-acclaimed album The Feast of the Broken Heart, New York DJ Andy Butler and his collective Hercules & Love Affair are making a comeback with their new album, Omnion. Drawing from personal trauma, Butler surrounded himself once again with amazing vocalists to tell a story of empowerment, trauma and recovering, and a celebration of freedom and love. Rather than being in the direct continuation of the previous opus, Omnion seems to be an attempt to go back to the roots of Hercules & Love Affair.

'Blind', and its masterful remix by Frankie Knuckles released in 2008, is probably still Butler's most masterful production. Much like Frank Ocean's 'Pyramids' and Julio Bashmore's 'Battle for Middle You', 'Blind' is one of those iconic tracks which cements an artist's fame but also limits their freedom: one can either part ways, or take the risk to fail to reproduce the trick.

Therefore, while it is important to salute Hercules & Love Affair's attempt at releasing a proper sequel to their self-titled album, it would not be honest to not acknowledge the fact that this new album very often misses the mark. Butler continues to showcase his extensive knowledge of dance music styles, masterfully blending high NRG, old-school NY house, disco and synth-pop. House bangers such as 'Rejoice' and 'Controller' constitute the strongest legacy of The Feast of the Broken Heart era, and will naturally find their ways to the club, in their original form or as remixes. However, the album taken as a whole is rather incoherent, and lacks of a comprehensive narrative. For example, the soulful 'Are You Still Certain?', sang in arabic by Mashrou' Leila, and the pop-house anthem 'Running', featuring the trio of sisters of the Icelandic band Sisy Ey, fail to find their proper place in the album.

While still being a celebration of freedom, the overwhelming proportion of features, on ten out of the 11 tracks of the album, truly undermines the quality of the lyrics and the musical production. We’re missing a song of the depth of 'I Try To Talk To You', in which John Grant discussed his HIV positive status. The powerful voice of Gustaph is at odds with the beat, and does not reach its full potential. The political statements which made a success of the last album is faded, leaving the space for songs such as 'Fools Wear Crown', which mainly focus on dealing with personal trauma.

Butler's inventiveness, willingness to confront his personal life and use music as a form of catharsis have always constituted the strengths of the collective Hercules & Love Affair. But while their trademark sound is still there, Hercules & Love Affair have failed to produce a satisfying sequel to their previous albums. There is however a silver lining: Omnion clearly showcases the band's ability at bridging gaps between genres, and shattering house music's norms, making connections along the way with various musical influences which have emerged from the LGBT community struggle in the fight for equality.