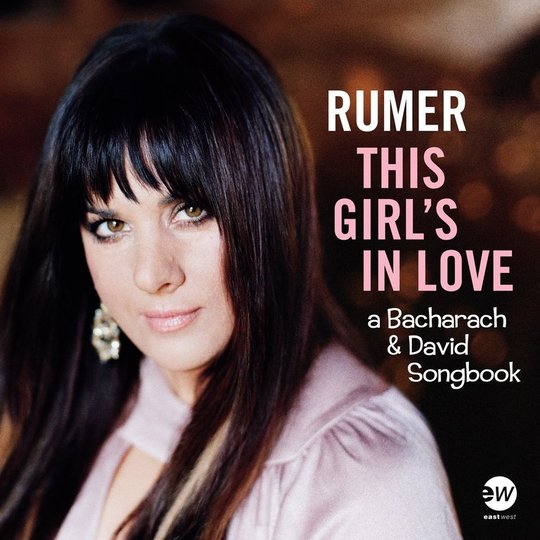 Cover songs are notoriously hard to execute well. By their very nature, you’re attempting to replicate something that many will see as untouchable. It’s not easy to capture the essence of a song that made it so good in the first place. Then try and do a whole album of songs that aren’t yours, that are held with such high regard by so many people. It’s not an easy feat.

So when it comes to listening to Rumer’s tribute to Burt Bacharach and Hal David, there are numerous ways you might feel once you've finished the body of work. The worst case scenario is that you've spend the whole time wishing you were listening to the originals, and wondering who let somebody water down and do an injustice to something which was already so great. The best case scenario, is that you feel the artist has tapped into the heart of these songs, the writers, and the singers, and then added their own touch. As you listen to the record it becomes obvious that the second option wins out. Rumer has great respect and affection for the songs she is singing and she does them justice. Not only are the collection of songs impressive, especially given the vast number she had to choose from, but it helps that she has extensive knowledge of the material - her relationship with the works of Bacharach is well documented. Another welcome addition to the record, is her husband Rob Shirakbari, who worked with Bacharach and Dionne Warwick for 25 and 30 years respectably, and played a major role in the shaping of the album. Throughout, it’s evident that this project wasn’t undertaken lightly or without careful, calculated thought behind each bar.

The opener, 'The Look of Love', has a deeper, sultrier tone than the original, blue-eyed soul version by Dusty Springfield, comparable to the fiercely romantic version delivered by Diana Krall. And yet, there is a distinct Rumer-esque sound to the song, whereby her own distinctive tone only enhances what was already a great track. This is repeated throughout the album, on all the classics, such as 'They Long To Be (Close To You)', and 'You’ll Never Get To Heaven (If You Break My Heart)'. But also on the lesser known songs: 'Land of Make Believe' and 'The Last One To Be Loved'.

Sometimes, when the album dips ever so slightly in calibre, you sense it’s not so much a fault with Rumer, but the arrangement of the songs. The classic example here is her take on 'Walk On By', a song made famous by Dionne Warwick, the recipient of much of Bacharach’s and David’s best work. If one can say this about a song, it almost sounds too polished as a recording. Each layer of the arranging, combined with Rumer’s fluid vocals, ends up giving the track a somewhat over-perfected, sterile feel that detracts from the rough and raw fervour that provides the song with so much of its appeal.

Rumer has opened herself up to critique via comparison, and it’s hard not to think about the notable versions of the songs when listening to Rumer’s take. However, to only listen to This Girl’s In Love with alternative versions in mind, would not only be a mistake, but it would become easy to turn a blind eye to Rumer’s own contribution to the works of Bacharach and David. Yes, there are times when she just falls short of perfect, but that is more the fault of the exceptional material she’s working with, than any of her own. More often than not, there’s a controlled confidence and sensitivity behind each note that makes for a powerful delivery. Rumer should be praised for taking on such a feat, handling the weight of the songs, and producing something filled with raw emotion, maturity and depth.