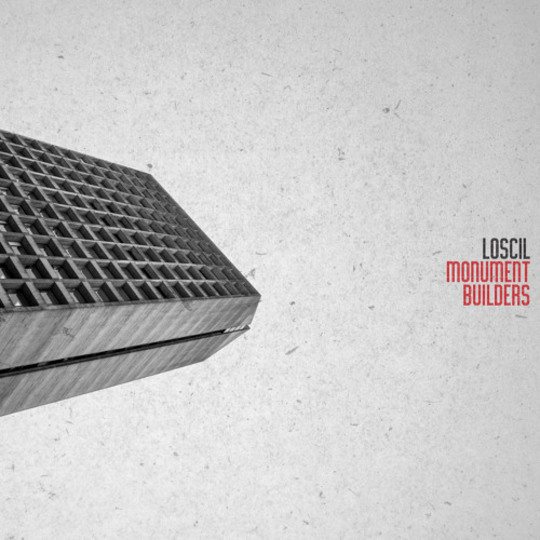 This year has dug its weedy roots into us like a slow fever dream, all drone footage and DDoS attacks and clown masks. Suddenly the self-destruct buttons are jammed down: ‘financial irregularities’ buried on server farms, iCloud accounts full with evidence of police brutality, democracy played like a game of chess between politicised hackers, grainy footage of capsized life-crafts encountered regularly. Nobody trusts the results of your emissions test. Suddenly Sam Esmail and Charlie Brooker are closer to documentarians than dramatists. The percipience of Adam Curtis’ punditry is now clearer than ever. Perhaps it feels frivolous to talk about music right now, but then you needn’t listen to more than a few minutes of Scott Morgan’s latest record as Loscil to recognise it as the soundtrack to all of this. Seven harrowing anthems for a world in decay, it is the music of a techno-dystopia that is in the very process of becoming.

In truth, Mr. Morgan—old hand of the electronic-ambient vanguard—has explicitly named the artefacts that most informed his writing process. Among them: a VHS copy of Godfrey Reggio’s Koyaanisqatsi, a film about our species’ inability to function outside of the parameters of our own technologies. Soundtracked by Philip Glass, its sung texts include the Hopi prophecy: “if we dig precious things from the land, we will invite disaster”. Morgan’s copy had degraded over time, so that the footage warbled and fluttered and failed. Elsewhere: Edward Burtynsky’s aerial photographs of environmental decay and wholesale ecological destruction. Tyre heaps, scrap piles, industry run amok. Finally: the writings of anti-humanist philosopher John Gray, with whose tome Straw Dogs: Thoughts on Humans and Other Animals he was in particularly dark accordance. 'It reinforced a bleak notion', explains Morgan, 'that we humans don’t have much say in how it all turns out'.

Monument Builders sees our world for all its devastation. But the most startling thing about it is Morgan’s knack for depicting it all: so obviously are these the sonics of decline. ‘Drained Lake’ finds menace in its mechanical glitches and clammy synths, its sense of space such that you can almost feel dust in the air. The relentless arpeggiated bass-line of ‘Red Tide’ nods most clearly in Glass’s direction, but the sheen and the shine of the minimalist's rhythms have shed their skin to reveal something altogether less optimistic. Throughout the record we encounter the distant sound of brass instruments: lonely, embittered lamentations played on horns and trumpets. ‘Straw Dogs’, for example, like Ingram Marshall’s Fog Tropes at half-mast: once visceral, now withered. At the record’s close, ‘Weeds’ fades off into the night, computerised voices shivering in the cold.

With his eleventh release, it becomes clearer than ever that Loscil is a near-perfect avatar for the confluence of man and machine. Playing live, he is static behind a table of knobs and switches: simply a machine operator, not a human fount of artistic vision. His reference points are bleak, but then so is the view from his window, whether that be one of burnt sand or pixel array. Ben Frost, Tim Hecker, and Trent Reznor/Atticus Ross are sensible points of reference, but in truth Monument Builders confronts, with little in the way of concession, an unholy congruence of man, machine and environment on completely its own terms. Some of Loscil’s best, most menacing, most uncompromising work.