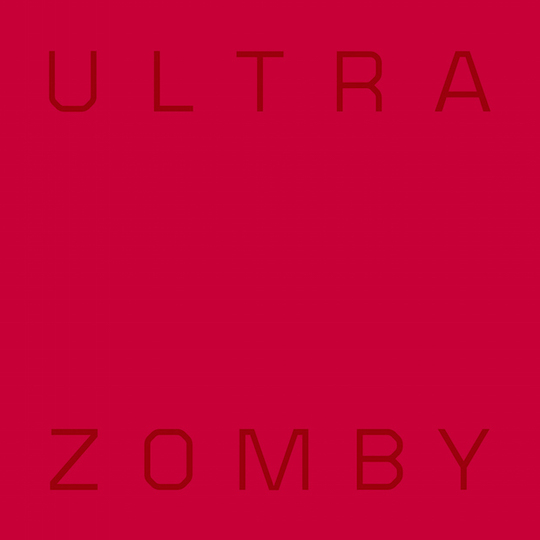 One of the symptoms of depression is something known as anhedonia. It is essentially the absence of joy in activities that would normally bring happiness. This is something I associate with one of the worst parts of the UK; an all-encompassing greyness where experiences are compressed into a single band of emotion. Our country's seeming lack of joie de vivre might come from our famously dull weather or from a culture that seems suspicious of ideas like community or festivity to the point of actually banning Christmas or having a Prime Minister state that 'there's no such thing as society'. To me, this is something that grime is constantly trying to explore. When Skepta says "England is so plain, like a burger with nothing on it", this is the feeling (or lack thereof) he is evoking.

Zomby's vision of England seems to amplify this bleakness to new levels. His moribund goth-grime (it's unsurprising he was signed to 4AD) amplifies the genre's latent coldness leaving us with nothing but a bitter comedown under perpetual grey sky. If The Kinks saw England as village greens, Queen Victoria and Waterloo sunsets, Zomby sees dingy clubs, brutalist housing estates and pirate radio somewhere between about 1988 and 2006. His musical reference points mostly seem to exist between the second summer of love and the point where dubstep went overground.

With Ultra, Zomby might have finally removed any remaining warmth from his sound: the album is cold to the point of inaccessibility. Track titles like 'Yeti', 'Freeze' and 'Thaw' sum up the album's feel well. It mostly consists of cubist grime fragments. These fragments tend to be bizarre, often kickdrum-less, loops that are vaguely reminiscent of Actress' similarly chilly R.I.P. album (an album I could never really get into). Many sound as if someone has arbitrarily looped four bars of an old Wiley instrumental.

The big story on Ultra is 'Sweetz', a collaboration with Burial, that other documentarian of England's grey soul. The track sounds like a Nineties ghetto house track that has been lightly sprinkled with some of Burial's common sounds (movie dialogue, rain). The track is one of the more enjoyable tracks on the album but will likely disappoint many that seek the album out entirely for it.

Opening track 'Reflection' blends sounds from Wiley and John Carpenter inspiring all sorts of idea about Carpenter films re-imagined with a grime aesthetic (Escape From London?). However, like much bad science-fiction and horror there is little depth to grab onto underneath a surface level concept. Many of the tracks contain interesting ideas, like the lo-fi breakbeats of 'S.D.Y.F' or the chopped-up voices of 'Fly 2', but then either proceed to do absolutely nothing to expand on the idea or overstay their welcome. The album generally is left as a confused series of sketches that fail to add up to a bigger piece. The album's dark mood really sums up a feeling of English darkness but does so in a way that is not actually aesthetically enjoyable. To turn one of Nietzsche's more famous aphorisms around: Beware that, in trying to document bleakness, you yourself do not become bleak.

We Care a Lot (Deluxe Edition)

All That We've Become