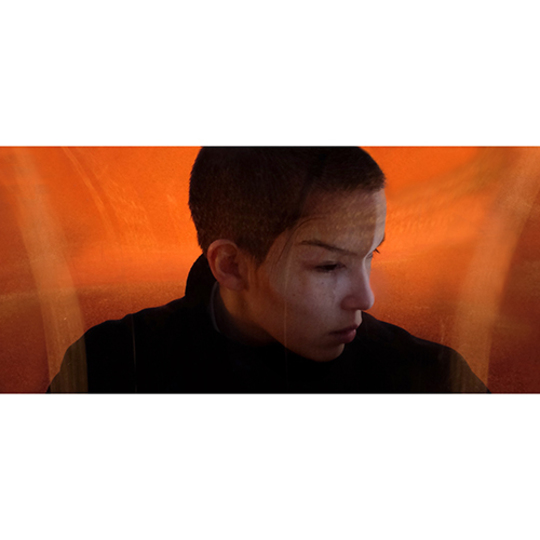 Whether you paid more attention to the 'jungliest' elements of their early releases or you fell for the deep melancholia of 2012's Quarter Turns Over A Living Line, Raime’s tracks always communicated a sense of desolation that made their take on club music as dark and menacing as it could get. To me, it conjured up images of urban decay and feelings of abandon, an association that Tooth makes even stronger with its newfound love for live instrumentation, space and repetition.

On Tooth the London duo opt for a further minimalistic approach, privileging stark, almost clinical precision over drones and noise accents; stripped-to-the-bone, protracted guitar loops to unruly dynamics. In a way not so dissimilar from the sparse compositions of experimentalists active in the post-punk era (Cabaret Voltaire, even Tuxedomoon), the acoustic and electronic elements overlap to the point where any distinction between them is hardly noticeable. These eight tracks blend together in a continuum, as if Raime wanted to showcase their new formula and prove how perfect at it they have become. And they have.

At first listen, you might think there’s not much of an album here as an EP with different takes on the same idea: creepy sub-bass lines, monochrome guitars, held back percussions. But it’s the overall feel of the record that grows into something way more impressive. Listening over and over to Tooth while travelling around the city, for one thing, I felt like the exacting composure of these tracks could filter external noises, as if they provided a coping mechanism of sorts. All minimal music has this ability to ‘blend’ with the environment around you, of course, but the way Tooth hints at the dance floor (‘Dead Heat’) while remaining disciplined and disciplining creates an interesting tension between the promise of movement and absolute stasis.

Compared to the way more dynamic Quarter Over a Living Line, some of the tracks on this album have a maddening potential to them (the sequence Glassed/Cold Cain is my personal stress peak), which comes from such an extended use of repetition. At the same time, tracks like ‘Front Running’ and ‘Stummer', manage to sound uplifting, almost motivational in their stubborn pursuit of monotony.