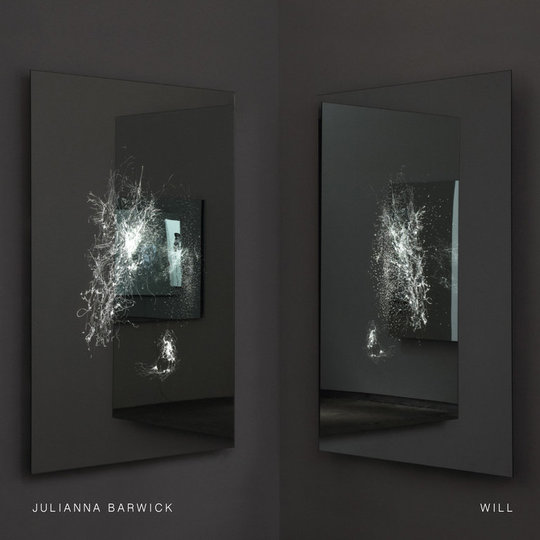 When I spoke to Julianna Barwick after the release of 2013’s stunning Nepenthe, she told me that she wasn’t really into repetition in and of itself. It was just a necessary side-effect of looping her voice enough to create the rich texture of harmony and sound she was going for.

This record – the equally accomplished Will – contradicts her point a bit. There’s still repetition, but it’s less often found in the looping of her vocal takes. Instead we find it in the instrumentation which surrounds and underpins her voice, leaving her vocal lines to find more freeform routes through the arrangements. It results in some of her richest work to date.

Lead single ‘Nebula’ is a good example of this. Just a few soft notes of synth make up its backbone; a mnemonic motif which runs right the way through its five minutes. Over the top of it are wistful layers of Barwick’s signature, wordless vocal. As is typical of her work, it is serenity itself; hypnotic, comforting and awash with gorgeousness. What’s new though, is Barwick’s wandering melodic phrasing; developing and evolving over the song’s running time, rather than locking into loop after loop after loop.

The electronic influences of this record – also new – allow Barwick to add a fresh dimension of dynamic to her recordings. The notes of ‘Nebula’ repeat, but the tone and the volume pulls the sound in and out of the foreground of the piece, putting a new set of working parts into Barwick’s compositions.

Across her debut record, Barwick’s voice was basically the entire performance. Additional instrumentation was as unobtrusive as possible; there to provide skeletal rhythmic or harmonic support. On Nepenthe, she performed with a group of musicians, improvising, jamming and recording the results in real time; creating a record with delicious new textures, but leaving Barwick’s voice firmly at the core of the compositions.

On Will, Barwick’s presence is decentred and destabilised. The heightened responsiveness of her instrumentation means that Barwick becomes just one of many components in the fabric of these songs, giving an even more ethereal and liminal effect to her music. On the arresting ‘Same’, with its deep, thick synth tones, and a powerful vocal take from Thomas Arsenault which swells through the mix at the two minute mark, Barwick feels barely present; dissipated throughout the mix like mist. Slinking into the background of her own textures like this, she opens up new possibilities for her music, to tremendous effect.

The minor downside to this expansion of Barwick’s toolbox is that it makes Will a slightly more disjointed listen than its predecessor, moving from the rigid synth runs of ‘Nebula’ to the fluid, incidental piano runs of ‘Beached’, and then back into the woozy texture of ‘Same’. But of course, these contrasts are just as much a strength.

It’s this gentle tension between rigidity and fluidity which makes this a brilliant record. There’s enough repetition to draw you into its ambient landscape, but enough deviation to provide surprise and detail. The focus constantly drifts – between Barwick’s vocal and the textures which surround her; between electronics and organic instrumentation; between repetition and loosely improvised wandering. Nothing stays in sharp relief for long. It all recedes into clean, white space; Barwick’s looping voice surrounded by sound in soft focus.