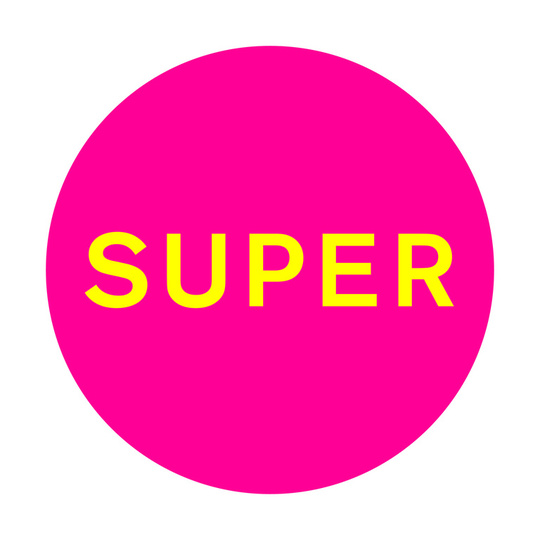 First things first - the thirteenth album from a pop band who formed in the same year Charles and Diana got married has absolutely no right to be anywhere near as addictive or fresh as Super. But then, Pet Shop Boys never were interested in the boom-and-bust bell curve trajectory that most of their contemporaries are beholden to. In this way, it’s more appropriate to regard them as artists working in the field of popular music rather than out-and-out pop stars. Whilst conventional wisdom holds that pop longevity is earned through a process of tireless reinvention, Neil Tennant And Chris Lowe have chosen the reverse approach; the artisanal approach.

From Yes through to Elysium, Electric and now onto Super, their process is one of of continual sharpening, honing and refinement. They’re pop icons cast in the same mould as the culinary auteurs profiled in Chef’s Table. Instead of twisting and turning in new directions with each release, the Pet Shop Boys treat each new album as a building block towards the realisation of their own Platonic ideal. Some of the core elements remain each time: the sorbet-fresh Warholian artwork, the punchy one-word titles, the Gilbert and George-influenced aesthetic. The remaining elements are subject to fine-tuning and recalibration; a subtle process of remoulding that has so far taken decades. The result? 50 million sales, four Grammy nominations, and one new lead single that sails closer than ever to their ultimate Platonic realisation: ‘The Pop Kids’.

Now, I’ve got addiction issues when it comes to ‘The Pop Kids.’ I’m about 60 plays deep and convulsing towards a dopamine-induced death like a lab rat who’s learned how to press a lever. And yet, the root of its moreish quality isn’t all that clear. Certainly the lyrics ("We were young but imagined we were so sophisticated / Telling everyone we knew that rock was overrated") are a peculiar mixture of being both thrillingly benign and penetratingly evocative. They conjure the exact feeling when your tastes begin to diverge from the mainstream and you find yourself immersed in a counter-culture whose entire existence seems impossibly predicated on your own innermost desires. It is bildungsroman par excellence, an absolute banger that’s sentimental without being mawkish, playful without being ironic, deadly serious yet entirely frivolous. It’s a distillation of everything that is holy about laser-cut lights, bottled water, dark thumping bass and sweat-drenched walls.

At this twilight stage in their career, it would be easy for Pet Shop Boys to fall victim to making the sort of dead-behind-the-eyes disco that the likes of Madonna has been peddling for the last few millennia. After all, few things are more ordinary than chart-friendly, highly-polished electronica. Yet Super avoids this on all fronts. For a start, the thing is absolutely laced with wall-to-wall bangers. The old axiom of growing more conservative with age does not apply here, and there’s a sense that if you invited these guys to a house-party, they’d be the most likely candidates to spike the punch-bowl. Opener 'Happiness' spritzes along with a zesty house loop before pitching-up with the coda "It’s a long way to happiness / a long way to go / but I’m gonna get there the only way I know". It’s the sort of slyly referential tongue-in-cheek statement of intent that can be traced from the Chicago house of Marshall Jefferson all the way through to Hot Chip, and it immediately sets the album off to a rolling boil.

Several other tracks come at you like the emotions from ‘Inside Out’, all grasping for the same control marked ‘Unbridled Hedonism’ and yanking it to full throttle. ‘Inner Sanctum’ could easily be mistaken for an obscure techno 12” that might be heard emanating from a disused bunker at 5am somewhere deep in the bowels of Kreuzberg, whilst ‘Pazzo’ (one of a clutch of mostly instrumental tracks on the LP) is a cute little Italo-indebted curio that wouldn’t feel out of place on an Alexander Robotnick LP. In this way, Super feels pleasingly scholarly, and invites listeners to play bingo with reference-points in much the same way that James Murphy loves to with LCD Soundsystem. So we’ve got ‘Sad Robot World’, which is essentially a Kraftwerk slow-jam with Tennant’s vocals ice-skating over the top, ‘Twenty-something’, which clips along with a charming Esquivel-inspired bossanova lilt, and ‘Groovy’ which sounds for all the world like it could’ve been ripped from the catwalk music to The Clothes Show c.1993. That this all hangs together owes much to the deft studio work of Price, who deserves commending for keeping his ear to the ground and his production knife-set so keenly sharpened.

Ultimately, the thirteenth album from any band is unlikely to win over new fans, and if you turned your nose up at the likes of ‘Love Is A Bourgeois Construct’, then tracks like ‘Into Thin Air’ probably aren’t going to tempt you back, with its lyrics skating around "Ugly talking" from "Bad politicians" in a way that’s always at risk of sounding galumphing and ponderous. But then, you can never be quite sure how seriously Pet Shop Boys want you take them in the first place. This has always been their magic get-out clause, and is arguably the key to their longevity. Their tongue is never far from their cheek, and this is the ultimate shock-absorber when it comes to criticism. When you can pirouette away with such a charming flourish, criticism feels like a rather blunt tool. For example, the ridiculous Trevor and Simon coda of Nineties piano-house track ‘Groovy’ ("Look at me / I’m just so groovy") would be an unmitigated car crash in the hands of anyone else, but since the song is co-written by a guy who literally hasn’t taken off his sunglasses since 1986, what the hell you gonna do?

Long ago I worked out that one of my favourite qualities in other people is the embracement of the absurd, that sparkling trait where individuals greet the profound and the ridiculous with much the same enthusiasm. This is Pet Shop Boys stock-in-trade, a thirty-year nod towards the ultimate absurdity of life, and how persistent vibe maintenance can steer you through the course and keep your world ticking over. They called them The Pop Kids. They quoted the best bits. And God bless ‘em.