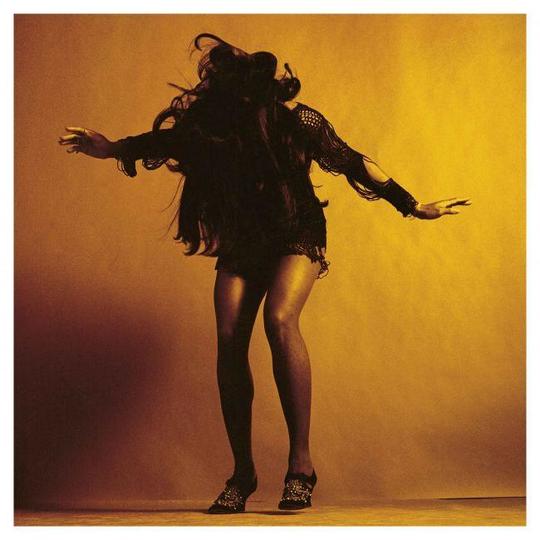 A lot can happen in eight years. Just Ask Alex Turner. Since 2008 the Brylcreem-loving Arctic Monkeys frontman has transformed from plucky youngster with a knack for writing a good rhyming couplet into some sort of tax-loophole-licking rock'n'roll cringe machine. On the flipside, for some people, not much can happen in eight years. Since 2008 Miles Kane has… well he’s stayed pretty much exactly the same, he might have changed his hair a bit and written a few records, but really, he’s still just that mate of Alex Turner and, for The Last Shadow Puppets, this is a bit of an issue.

With Kane still seemingly the driving force behind the project, the group have stagnated. Everything You’ve Come To Expect is the sound of a side project with no new ideas.

Openers ‘Aviation’ and ‘Miracle Anger’ could have quite easily fallen off the of the back of the groups first record. All of the usual Last Shadow Puppets ingredients are there: Fifties guitar twangs, Sixties pop orchestration, a certain love for old fashioned rock and roll. In 2008 they were a breath of bequiffed air when they strutted and swayed their way onto the guitar-heavy scene of the late Noughties, but now, in 2016, the retro loving band just sound bewilderingly out of time.

The cod-psychedelia of the title track restores a bit of faith in the project. The underwater backing vocals and swaying rhythms inject some much needed freshness to the album. While it’s by no means ground-breaking, it does offer some hope that the group are willing to try something a bit different, and that there might be some life in the group yet. However, the recurring theme returns instantly with the introduction of lead single ‘Bad Habits’, which is, for all intents and purposes, a Miles Kane B-side with a string section. It’s everything the band should never be, pound shop garage rock for the beady-eyed lads and high flying birds of the weekend. The album is in desperate need of more Alex Turner. Too often it feels like a Miles Kane and chums holiday extravaganza record.

‘She Does The Woods’ and ‘The Dream Synopsis’ retain the groove somewhat, stopping the record from sailing off to the good isle of mediocrity for all eternity. The later in particular recalls the heady days of the Monkeys when Turner wasn’t afraid of a good old story rather than dumb and fun lyrics about bricks and Edgar Allen Poe. It’s pretty much the depressed sibling of 'Cornerstone' – a tale of young love on the misty streets of Sheffield with more than a hint of regret.

Despite this late flurry the damage has been done. It might finally be time for the lads to put the puppets back in the toy box. The world was ready for something new this time round. It’s not 2008 anymore.