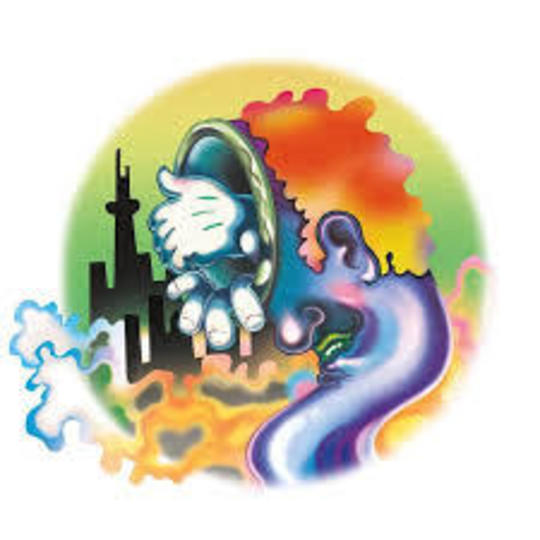 At the turn of the 2010s, the leftover strands of the swaggering American youth and its posturing angry punks got yanked against their wishes into the twenty-first century. Cheap beer became a joke, craft beer the norm. Sleeve tatts and vegan diets ceased to carry any meaningful anti-establishment sentiment. The children of yuppies stood around in dive bars moaning about the prevalence of yuppies. At roughly the same time, the glimmer of upbeat hope in the form of the relatively brief dance-punk movement glistening around NYC’s DFA records separated back into its respective components of sophisticated dance and staunchly unsophisticated punk. What’s more, punk started to sound like little more than an over-entitled and frankly irritating little child, encased in a leather jacket impervious to criticism, and safe in the knowledge that whining loudly is enough to get you noticed. In short, artistic impotence and forgettable monotony in US punk music has been pretty rampant of late. Boston band Guerilla Toss have embodied at least some of this frustrating state of affairs since their formation. A string of albums, EPs, and tapes since 2010 for the lofty likes of John Zorn’s Tzadik label, NNA Tapes, and Digitalis all simmered with some sort of appealing energy, but never quite managed to deliver. Bass licks hinted at something funkier, busy rhythms veered from tribal ceremonies to sweaty hardcore garages, jagged no wave guitar stylings referenced nothing and everything all at once, and all the while Kassie Carlson’s vocals remained mired in fuzzed out angry yelping (which was more often than not quite irritating).

Having steadily risen through the ranks from those self-released tapes to Tzadik and now perhaps to the most awesome apex yet in the form signing to DFA itself (following a move from Boston to New York, New York) this writer began to wonder if he was missing something when it came to Guerilla Toss. If perhaps the naked Emperor was indeed clothed and I was just imagining his flaccid little shame wailing around in the open air. Hence, the joys of Eraser Stargazer came as a glorious relief. It delivers on a lot of the group’s promise, adopting a handful of well chosen mutations to their format. The accepted wisdom in half a decade of Guerilla Toss album reviews has more or less been that they are a stellar live experience, but that that never got it right in the studio. Well Eraser Stargazer is when they finally use the studio properly. The results mix raw lo-fi noise punk and groovier strands of tribalism into what’s easily the group’s best cosmic slop to date.

‘Diamond Girls’ retains Carlson’s high-pitched squeak, but from the get go it’s clear the DFA incarnation of Guerilla Toss do things differently from their adolescent selves. Buzzing synths bounce off a funkified punk beats, even replete with sprinklings of cowbell, while blunt bass notes piledrive the whole groove into shape. The massively improved recording and mixing highlights key parts of the band far better than the tin can sonics of 2013’s Gay Disco managed, and while clarity is clearly not essential, Guerilla Toss simply sound far better when you can hear what they’re up to. The final third of the song is a glorious coda of siren synths and marching orders yelled from Carlson over a triumphant groove. It’s not quite ‘Losing My Edge’, but it’s certainly edging closer than ever before.

Longest track on the album ‘Grass Shack’ initially seems to take some inspiration from the nu metal side of neo-funk, navigating the first half around a stomping set of Flea bass riffs and licks. Next the track shifts gears, and sloppily strides its way through a series of non-sequiturs and differing personas during its six and a half minutes of distorted punk boogie a la Mr. Bungle. Hell there’s even a repeated snippet of ultra cheesy organ, and a closing buzz of bleeps and atonal bloops mired in hiss. The groovy mush of electric energy goes on and on. Carnival percussion sneaks its way into the abrasive dance off of ‘Perfume’, ‘Eraser Stargazer Forever’ sees the vocal delivery switch closer to rap territory, while the back grows increasingly gnarled, guitars mutating into alien atonality. Closing track ‘Doll Face On the Calico Highway’ is one of the most dripping with punky attitude, swaggering through a heavy mid-tempo headbanging pulse, joining the dots between the likes of Deerhoof, Throbbing Gristle, and the B-52s. The whole thing’s over in half an hour, and frankly if it stuck around much longer it might start to bore into one’s patience. As it stands though, Eraser Stargazer is the first time Guerilla Toss have been able to capture on tape their high energy mix of anarchic rock, their anything-goes scraping of strings and keys, those pounding rhythms, and that joyously smiling sort of youthful fury. In short, it’s the first time they sound essential.