What Do People Do All Day? 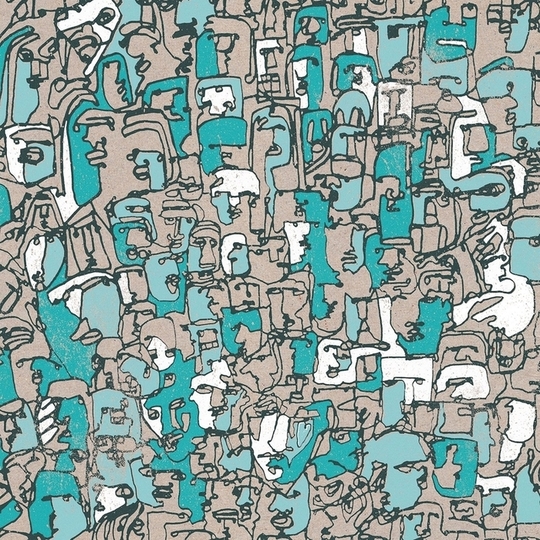 Versatility has always been a friend of Working for a Nuclear Free City. The Manchester-based band have always proved difficult to pigeonhole – moving quickly and swiftly between genres and similarly to Newcastle’s Field Music, gaining a significant cult following for their bold inability to settle into typecast while ploughing rich pop furrows. However, the greatest issue affecting their last album (2010’s Jojo Burger Tempest) was coalescing such a swathe of ideas into something that stands up under its own merit of songcraft and not just through the kaleidoscope of variety; something they managed on their self-titled debut record but have struggled for ever since. And though What Do People Do All Day? is a more coherent album than their previous effort, you still sometimes wish for a steady hand on the tiller to harness the obvious talents of the band and to focus their undoubted potential more succinctly.

That said, the moments where their innovation is welded to pop nous are thoroughly rewarding. Opener ‘Bottle Rocket’ is a gleeful swampy rattle of percussion, bass, guitar squalls and vocals. ‘Ordinary People’ has a gorgeous slow-burning Orange Juice-going-world-music flow and ‘Run’ builds around an elastic, looping bass and minimalist percussive scaffolding . Even better is the superb ‘Stop Everything’ which sounds like the glorious theoretical marriage of Thom Yorke fronting XTC – a genuine piece of modern pop magic.

The problem is that although the individual pieces are generally well-crafted, there are simply too many changes of direction and too much variation to allow a logical and coherent journey through the record. This is specifically the case in the mid-to-latter part of the album where the likes of ‘New Day’, ‘Good as Gold’ and ‘Lindow’ follow each other with little in common thematically or musically. The overall effect of this is to break the flow of the record and to instigate a feeling of uncertainty which begins to affect the enjoyment of the record. Furthermore, there is a notable drop-off in the quality of the songs during this section which means that much well-gained traction is lost and the constant switching of styles does little to get this back on track. The album struggles to fully re-assert itself until the closing duo of the album’s title track (a subtle, stirring and slowly unfurling gem of a track) and the epic ambient Eno-swathes of the closing ‘Leaving’. It is actually on these tracks that the band seems truly at home, suggesting that less might possibly be more in terms of harnessing their skills and talents as a band – what they create here in the final stretch is truly delectable.

The diversity of the influences found on What Do People Do All Day? is both the strength and the weakness of the album – a fascinating and beguiling collection of sounds, ideas and influences but a collection which never seems to fully belong together in its own company. For dipping in and out of, it is sublime but as an album in its entirety, it never quite fulfils its promise. Whether Working for a Nuclear Free City would ever want to compromise their laudable disregard for convention and form is doubtful – after all, it has marked them out as something utterly unique for over a decade now. But until their talents are more coherently focused, it remains uncertain whether they can deliver the great album befitting of their adventurous and questioning nature.