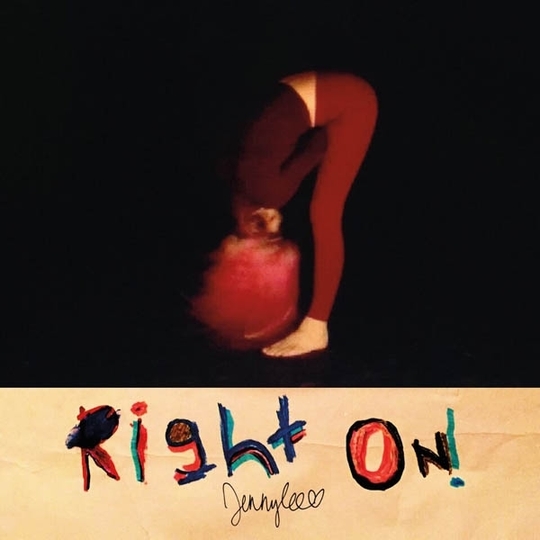 A close friend of mine, who shared my taste in brooding post-punk, told me one day he’d had enough of it. The whole conceit, of dudes in grey trench coats and dripping bass and self-loathing, was as calcified and codified as its antecedent, and it did nothing for him now… except for Siouxsie and the Banshees, of course.

That’s an important aside. In the blackest corners of that fallout shelter which is post-punk – yes, goth, that reviled word, from which even hipsters retract – artists free themselves from polite society’s restraints, and from their own binding dignity. Jenny Lee Lindberg aka jennylee could have drifted this way – a fine acolyte in bewitchment, she stopped just shy of necromancy with the studied swirl of bass she lent to Warpaint’s previous self-titled LP. Yet, for her first solo ritual, the enchantress returns to familiar grounds. And while the results resonate with beloved ghosts, she fails to conjure the most vital essence of a solo album: herself.

Now, to be sure, Lindberg has scribed the formulae for conjuring correctly. Witness the whipping winds and bass lines that scurry like spiders on 'boom boom', which would nestle quite comfortably with the greater nightmares on Juju. Behold, in perhaps her finest apparition, the stuttering spoken words and panicked screams and fluttering bat wings on 'white devil', likely conjured from the essential salts of the Virgin Prunes. These are excellent terrors, aberrations called from distant graves that can petrify and impress with their renewed vigour.

But Right On! stumbles when Lindberg fails to fill those vessels of the night with any message from beyond. 'he fresh', perhaps a last ditch attempt to return to the modern world, bleats only echoes of a million bling-crusted love songs: “never gonna give him up / cos he’s so fresh”. 'offerings' almost affects that doomy funk groove, the kind that unwinds its own sunny front with malicious precision - not unlike, say, the first graveyard wanderings of A Certain Ratio, or even the slinky sexy acid drip of ESG. But rather than muscle-clad menace or slithering temptation, Lindberg coasts on drifting smoke into a mundane oblivion. I wanna like it, but it’s not enough.

This incomplete feeling – that the summoned spirits clutch tight their secrets from ancient history – pervades the album. 'riot', for instance, evokes Talking Heads quite fiercely, with fresh blood from wailing victims and leaping bass goblins; but the listener is hard-pressed to imagine what sort of riot is going on here, against whom or who Lindberg’s allies might be or who’s rebelling against who. Ambiguity is well and good for a horror story, but not when the audience can’t form a single mental picture of the tale. Likewise for 'never', a stiff New Order replica that cuts the right clean lines but, once again, fails to engage or address the listener beyond a nostalgic grip or the artificial confrontation of guitars. At least New Order could tell us a story.

The only times we approach anything close to substance occur in the more muted numbers. In the closer, 'real life', Lindberg appears to have suddenly aged many years too soon after all those conjurations – “I see I’m not so limber”. Quite abruptly, she shifts in mid-air from the gothic abandon of 'white devil' (so gleeful in her abandon, in fact, that the song neatly elides any drug references beyond the title) to sober observations about growing older and a lover who’s parted ways. That’s fine, but 'bully' executes itself more concisely – in a prowling, Siouxsie-ish rumble, Lindberg intimidates and mocks another woman: “ugly girl / I feel sorry for you”. Granted, she’s nowhere near as potent a sorceress as Siouxsie, but the way she projects hostile intent with the low-creeping miasma of her bass and phantom guitars can still send one shiver down your spine.

Alas. While Lindberg evokes familiar demons with her spidery bass, the lost knowledge she seeks from the ancients slips from her hands. Perhaps, with more practice, this jennylee will rise and bend spirits to her will. For now, she’s content to dance in their shadows.

Contentment is what kills genres, though. Especially those bred from disillusion and dissent.