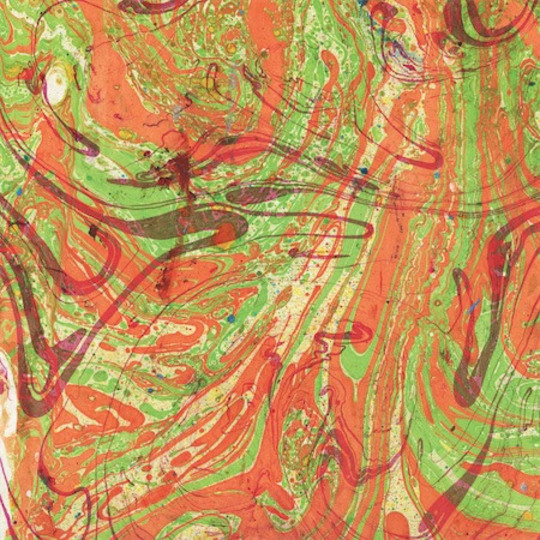 Music isn’t really my foremost geekish specialty, y’know. Even today, I could tell ya how to build a strong Pokémon team before I could wax on all the great indie bands of the Noughties. But, when you think about it, pop songwriters and video game music composers strive for similar goals. They want catch your ear; they want to write hooks that you’ll hum to yourself without even thinking about it; they want their songs to still excite and placate you even after the umpteenth time you’ve heard them. And the fact that Dan Friel, co-founder of the thrashy and righteous Parts and Labor, bills his screeching chiptunes (cos let’s face it, that’s kinda what they are) as noisy but melodic “pop” music only proves my point. All Life needs is a journey to accompany, a landscape of bottomless ravines and rushing spaceships and floating sawblades careening on square paths.

Mind, for those that embarked on Friel’s Total Folklore from 2013, this adventure will sound familiar. That razor-tooth percussive maw, yawning wide, compressed like something possessed and thumping at yr bosom? Check, especially the crushing blows on 'Sleep Deprivation'. The steady shuffling pace for valiant walks across the overworld? Checks abound, like on opening episode 'Cirrus' and the two-part title track. Irrepressible pop-punk enthusiasm that blinds with its dazzling neon melodies, anthems not spoken but hummed from analogue teenagers? Check, in the surprising Joanna Gruesome cover 'Jamie (Luvver)' – surprising, because the original was a croon crush throwaway on an album rife with hissy fits. Friel’s electric bubblegum treatment obliterates J-Gru into dust.

But I digress. Perhaps the distance that Friel has traveled from Total Folklore to here can best be measured in the title track – which, as I’ve said before, is divided into two parts. The skipping, howling melody that soars across a [how do we describe this beat?] like the theme song to the greatest SNES game you’ve never played is par for the course – but then it soars even higher in the second part, and tumbles into what sounds like perilous boss battles before emerging again even louder and chugging even more doggedly to victory. The nuances in both sections – like the blippy flourishes in part one, and the dogfights in part two – display a wider pallet than before, indeed the slashes and whorls of color promised on the cover.

Granted, even if Life only offered more of the same blown-out-speaker pop, no one would complain. Because, for lack of a better word, Friel is still rad. As you listen to the throbbing, squelching 'Rattler' with its space rock jet flares, or 'Lungs' with its choo-choo fanfare and skull-pounding rhythm, you can’t help but pump your fist. Both tunes remind me a bunch of Tobacco’s twisted sense of synthpop, with neon-tinted tunes left to fade and warp in the hot summer sun. But Tobacco sought to infect his listeners, and tainted his dance-y grooves with hostile, perverted plans. Friel, on the other hand, seems to invite listeners to join in on his gleeful sabotage, just by humming along.

One could gripe that the man paints too much in slashing, wailing strokes, whereas Total Folklore broke up the white noise with tiny interludes. However, tucked in toward the end like a quaint side quest in a grand adventure, there’s one minute of quiet diversion in “Theme”, so demure that you can hear the clicking of the keys behind the notes. Though little more than a novelty, it’s a curious glimpse at what other realms Friel could’ve explored.

At any rate, the guy can still devastate and captivate without the Parts and Labor crew, and that earns my praise. On Life, Friel doesn’t venture too far from his own post, but does prove himself yet again as more than a mere dial-twiddler, a virtual dungeon master that plots campaigns with sound instead of words. He/They say pop music, I say video game music – but they both embellish the adventures of our lives, so who’s to say which? Either way, enjoy the ride.