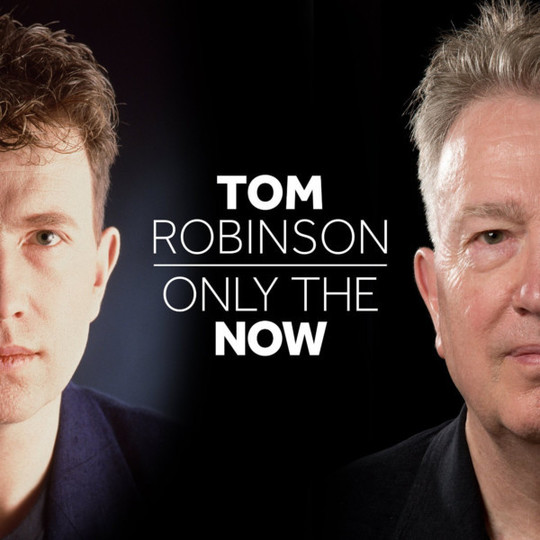 Perhaps most irksome thing about Tom Robinson’s Only the Now is its unambiguousness. One gets the sense that each song came forth from Robinson deciding on a precise subject. The world of indie music that so many of us know and love is full of 24-year-old kids riddling listeners this way and that, asking their audiences not only to put together the pieces of the puzzle, but to come up with the pieces, too. But when Tom Robinson decides to sing about rolling joints with the “wafer-thin” pages of the Bible, there’s no question in your mind: this song is about rolling Bible joints. That’s it.

It makes me wonder why exactly listeners like me favour ambiguity. Is it because so many listeners and lyricists studied the arts, educated in the jazz-like impressionism of contemporary poetry? Is it because today’s pop lyricists grew up on people like Bob Dylan, Leonard Cohen, and Neil Young, who preferred a certain enigma? Or is it because lyricists fear that clarity jeopardizes the universal stroke that a more ambiguous set of stanzas can deliver?

Before indulging that line of thought any further, I’ll break down the credentials of Only the Now. Six of the 11 songs feature guests, one of whom is Ian McKellen, who memorably plays God the Pothead on 'Holy Smoke', the song about Bible joints. The rest of the contributions are mostly lukewarm, and a couple of them are downright bad: Swami adds a cringeworthy rap verse to 'Holy Smoke', and Martin Carthy can’t salvage the disappointingly banal rendition of The Beatles’ 'In My Life'. But the presence of so many guests – especially names like Ian McKellen and Billy Bragg – frames the album as a friendly project, where everyone was really just trying to have a good time. It adds levity to a record that is otherwise concerned with ageing, departure, and the wrath of the wealthy.

The sound itself teeters between interesting and overwrought. 'Merciful God' might be the best example: guitar feedback, string arrangements, and cop-drama bass sound suspiciously like an ageing man’s idea of cool. Several songs also sound lifted from the soundtrack of a theatre production: 'Don’t Jump, Don’t Fall' could well befit a musical’s early scene, where the audience still has to learn why the 18-year-old protagonist is living in the streets. 'Home in the Morning' could function as a triumphant late scene, where the now-old protagonist has accepted the superficiality of his aspirations, realizing the importance of his family and friends. Which is cool, but I’m not sure it’s the sound I’m hoping for in a pop album.

The brightest spots are 'Home in the Morning', 'Merciful God', 'Holy Smoke'and the album-closing title track. Ian McKellen’s parts are hilarious. The theatrical influence can make a character stronger or the sonic palette trite, sometimes simultaneously. I get joy out of Robinson’s haggard vocal tone, and I’m impressed by his songs’ clean and wieldy structures. I don’t especially like that the album doesn’t feel challenging—and maybe that’s all the ambiguous kids are after, a challenge. But one thing’s for certain: Robinson is never trying to bullshit you. Each song has a distinct message to deliver, and none of them try to lead you astray. We ambiguity-obsessives would do well to learn from that.